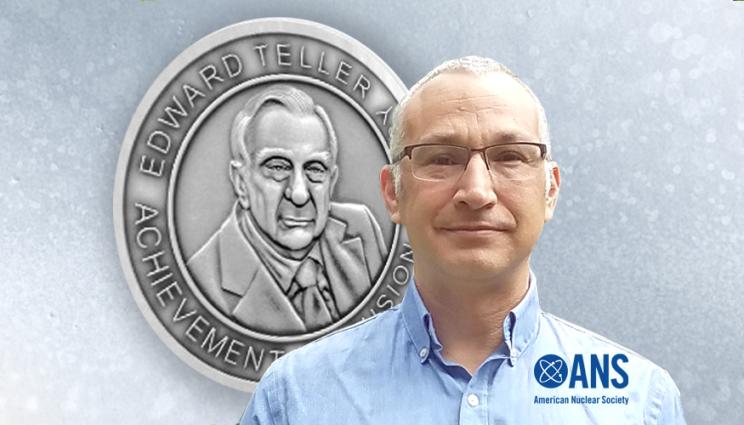 The Fusion Energy Division of the American Nuclear Society (ANS) presented the award to Hurricane for his “visionary scientific insights and leadership of National Ignition Facility (NIF) experiments resulting in the achievement of fuel gain, an alpha-heating-dominated plasma, and a burning plasma.”

“It’s a great honor to be recognized by colleagues who supported my nomination for the award and it’s very gratifying to get recognition for the nine years of problem solving that got us to the threshold of ignition,” Hurricane said. “More important than the medal, I’m grateful for the team of great people who chose to work with me.”

Hurricane completed his Ph.D. at the University of California, Los Angeles (UCLA) under the supervision of Professor René Pellat in 1994. He remained at UCLA as a postdoc under adviser Steven Cowley, studying the kink and nonlinear ballooning mode instability in high-beta plasmas until joining LLNL in 1998 as a designer in A-Division (Secondary Design).

He initially worked on modeling underground tests then in the Phoenix pulsed power project and as the W87 secondary lead designer during its first life extension program (LEP). Hurricane led a 10-year interdisciplinary science effort, euphemistically called “Energy Balance,” that resolved a long-standing nuclear weapons issue for which he was awarded the U.S. Department of Energy Ernest Orlando Lawrence Award in 2009.

In 2012, Hurricane was asked by then-Lab director Parney Albright to lead an alternative ignition science team. Under Hurricane’s leadership, this effort was broken into two parts: focused physics experiments to study questions that had arisen from NIF experiments and integrated experiments using an alternate capsule design that traded off theoretical high performance for actual improved robustness and predictability. Both tracks and the underlying ‘basecamp’ strategy have been extremely successful, form the basis for the NIF being at the threshold of ignition and have led to improved understanding and progress towards ignition.

Hurricane was elected a fellow of the American Physical Society in 2016 in recognition of these contributions to ICF leading to the first laboratory demonstration of an alpha-heating dominated plasma.

The ANS also presented a 2021 Edward Teller Award medal to Ryosuke Kodama, director of the Institute of Laser Engineering at Osaka University.

Established in 1991, the Edward Teller Award recognizes pioneering research and leadership in the use of lasers, ion-particle beams or other high-intensity drivers to produce unique high-density matter for scientific research and to conduct investigations of inertial fusion. The medal is named in honor of the late distinguished physicist, LLNL director emeritus and senior research fellow at the Hoover Institution. Teller is recognized worldwide as a pioneer in inertial fusion science.