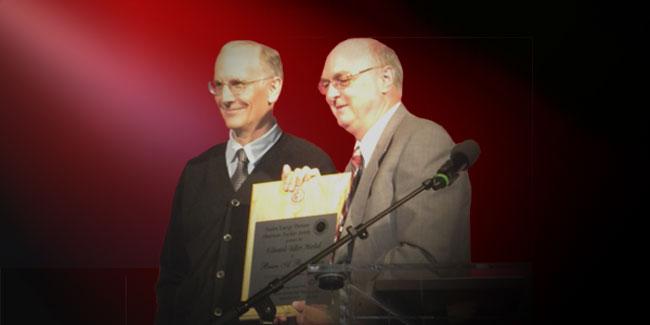 Since 1988, he has been a physicist in the Inertial Confinement Fusion (ICF) Program at LLNL, where he has pioneered the use of lasers to study matter under ultra-high pressure conditions. Remington has led experiments in ICF implosion physics, hydrodynamic instabilities, ablation-front dynamics, radiative hydrodynamics, turbulent hydrodynamics, laboratory astrophysics and solid-state material dynamics.

He has more than 300 peer-reviewed publications in nuclear physics, ICF, astrophysics and materials science, and has given more than 30 invited talks at international conferences. He also is a co-author of five national reports, a fellow of the American Physical Society (APS) and is a co-recipient of the APS Excellence in Plasma Physics Award.

"One thing that I have enjoyed at Livermore, and particularly in laser programs, is the shared interest in collectively moving forward. That has been one thing that led to this award -- the extraordinary talent of the people that I've worked with all these years," Remington said. "I am honored and humbled by this recognition."

Established in 1991, the Edward Teller Medal recognizes pioneering research and leadership in the use of lasers, ion-particle beams or other high intensity drivers to produce unique high-density matter for scientific research and to conduct investigations of inertial fusion. The medal is named in honor of the late Dr. Edward Teller, distinguished physicist, director emeritus of Lawrence Livermore National Laboratory and senior research Fellow at the Hoover Institution. Teller is recognized worldwide as a pioneer in inertial fusion science.