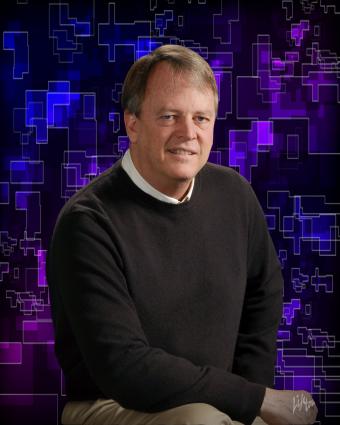 Jim Hammer, a physicist in the Weapons and Complex Integration Directorate (WCI) at Lawrence Livermore National Laboratory, is a recipient of the 2013 Edward Teller Medal.

He has been a physicist at LLNL since 1979, starting in the magnetic fusion area. He joined the Inertial Confinement Fusion Program in the early 1990s and continued his work in WCI. He is recognized for the invention and demonstration of new fusion and high energy density concepts as well as groundbreaking science.

Initially working on the Lab's spheromak experiment, Hammer went on to come up with a version of what is now known as "fast ignition." He also has worked on pulsed-power driven fast Z-pinches, developing new X-ray and fusion concepts, and on the energy balance issue in the weapons program, where he identified a previously unrecognized physical effect that plays a dominant role.

Recently, he conceived the "viewfactor" experiments that have clarified the capsule X-ray drive in the ignition campaign at the National Ignition Facility and helped design a novel technique for measuring high-pressure material properties employing pulsed power devices.

In recognition of his extraordinary scientific and technical contributions to LLNL and its missions, Hammer was named a Distinguished Member of the Technical Staff in 2012.

"I am very honored to receive the award named after Edward Teller, the Laboratory's co-founder along with Ernest Lawrence," Hammer said. "Teller and Lawrence established a way of doing things that made the Laboratory a great place to work, especially in the basic and applied pursuit of high energy density physics. I feel very fortunate to have spent my career here, being mentored by the leaders in the field, and privileged to work with a phenomenal group of people."

Established in 1991, the Edward Teller Medal recognizes pioneering research and leadership in the use of lasers, ion-particle beams or other high intensity drivers to produce unique high-density matter for scientific research and to conduct investigations of inertial fusion. The medal is named in honor of the late distinguished physicist, director emeritus of Lawrence Livermore National Laboratory and senior research fellow at the Hoover Institution. Teller is recognized worldwide as a pioneer in inertial fusion science.