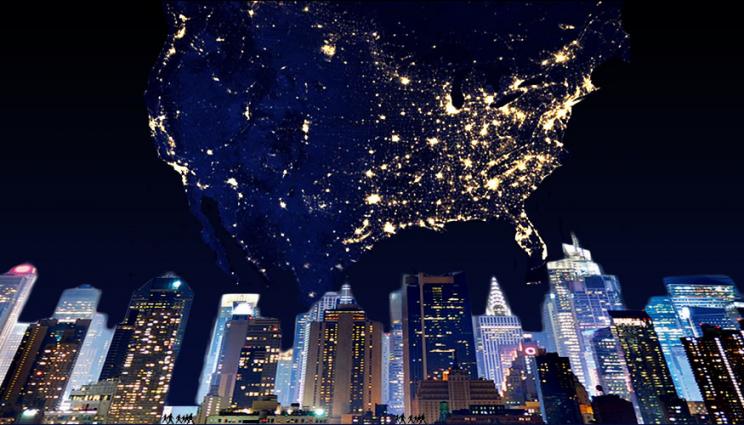 A new project led by Lawrence Livermore National Laboratory aims at to utilize distributed energy resources such as customer-generated solar power to enhance the electrical grid’s ability to recover from a blackout or cascading outage quickly in the event of a major disaster. The work is being funded through the Department of Energy’s Grid Modernization Initiative.

In the event of a major earthquake, hurricane or flood, electricity might be lost for days, affecting communications, recovery efforts and people’s lives.

Normally, in a large-scale emergency, distributed energy resources (DERs) -- such as the energy produced by solar panels at customers’ homes -- are shut off to protect the greater electrical grid. But a new project headed by Lawrence Livermore National Laboratory (LLNL) aims to utilize these resources for restoration and recovery operations, boosting the grid’s ability to bounce back from a blackout or cascading outage, and potentially reducing customer reconnection time to a matter of hours.

The project, CleanstartDERMS, is led by LLNL researcher Emma Stewart and includes partners Pacific Northwest and Los Alamos national laboratories. It was one of seven projects awarded funding under the Department of Energy’s Grid Modernization Initiative (GMI) through its Resilient Distribution Systems (RDS) lab call announced Sept. 12. The lab call seeks to enhance the resilience of distribution systems, including microgrids (localized grids that can operate autonomously from the greater grid), with clean distributed energy resources.

"The goal is to demonstrate that we can use distributed energy resources to maintain resiliency on the grid to large-scale events," Stewart said. "We’ll use these resources to form a dynamic microgrid that would form and evolve based on what it’s monitoring, and bring power back faster to customers."

Stewart said researchers also will attempt to demonstrate the potential of DER-based microgrids to serve as critical brown and "black start"-capable resources, referring to the process of restoring power to the grid from scratch.

Currently, the black start process is done manually, and conservatively, using special generators that can provide power to bring other generators back online. It’s an extremely slow process that doesn’t account for electricity that could be generated by customers, Stewart said. A smarter, more robust and selective communication and control system could reduce the costs and increase the availability of black start generation and improve customer reconnection time from days to hours.

"This way circumvents the damage by working around it," Stewart said.

Through Cleanstart, Stewart said she and her collaborators will seek to use real-time data analytics and machine learning to detect the risks to the grid before an outage becomes widespread, deciding which clusters are affected and signaling them to disconnect to protect the rest of the grid from failure. In the second stage, when power has been lost from a wide area, the analytics and robust DER controls and communication can be used to provide service to customers, and black start support to utilities.

Researchers will look at "dynamic islanding"-- forming microgrids of customers who generate power at home through photovoltaic solar panels -- allowing them to support themselves independently until they can be reconnected to the main transmission lines.

During the first year of the three-year project, researchers will work to validate their methodology using models of the system with novel algorithms. In the second, they’ll test functional accountability, placing the algorithms into real hardware. The project caps off with an actual test with the City of Riverside Public Utility at the University of California-Riverside.

LLNL is part of the Grid Modernization Laboratory Consortium, established as a strategic partnership between the Department of Energy and national laboratories to bring together leading experts, technologies and resources to collaborate on the goal of modernizing the nation’s grid.