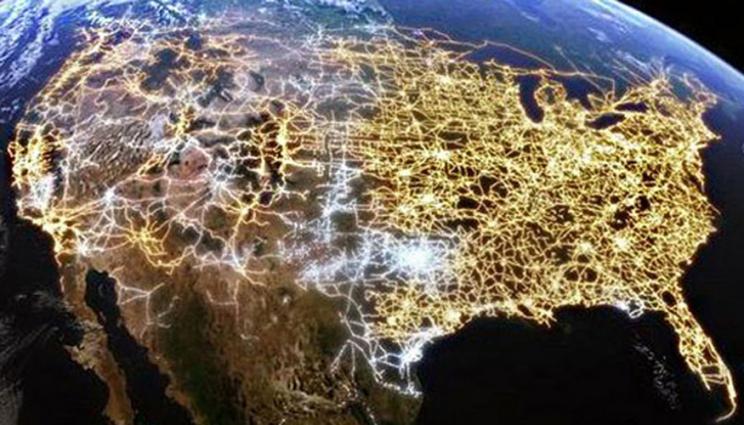 As society moves toward an increasingly connected world, keeping the nation’s electrical grid reliable and safe from hackers and other potential security threats has perhaps never been more crucial.

To address this challenge, in November 2014 the Department of Energy (DOE) established the Grid Modernization Initiative (GMI), a DOE-wide collaboration that gets funding support from the Office of Electricity Delivery and Energy Reliability (OE), the Office of Energy Efficiency and Renewable Energy (EERE), and the Office of Energy Policy and Systems Analysis (EPSA). The initiative aims to deliver fundamental knowledge, new concepts, tools and data to support the nation’s journey to modernizing the electric power system infrastructure. Enhanced grid security, grid flexibility via energy storage and improved economic competitiveness are key outcomes of this initiative.

"We are working on building a platform of tools and technologies to help industry and grid operators to develop the grid of the future," said Kevin Lynn, GMI co-chair and director of Grid Modernization for EERE. "We are working holistically — not just on new technologies — but also on core topics like interoperability, valuation and modeling that will help propel early stage development of grid modernization."

A total of 87 grid modernization projects are distributed throughout the Energy Department’s national laboratories and institutions, through the Grid Modernization Laboratory Consortium (GMLC), a partnership involving 13 DOE national laboratories. Three of these projects, considered foundational and addressing the resiliency of the electric power grid, are being led by Lawrence Livermore National Laboratory but involve numerous industry partners, academic institutions, vendors and utility companies. In all, LLNL researchers are involved in 16 projects under the GMLC banner.

"For LLNL, the Grid Modernization Initiative represents an enormous opportunity for the Lab to expand our impact to a national level," said John Grosh, Lawrence Livermore National Laboratory’s deputy associate director in Computation and team leader for the Grid Modernization Lab Consortium’s Design and Planning Tools area. "Through this program, we have built collaborations with over a dozen labs and numerous industry partners. Although the Lab’s grid research activities focus on modeling and simulation, high performance computing, analytics and cybersecurity, to be relevant the Lab really needs to be connecting into the grid community in a broad way…and this program is critical for doing just that."

Researchers presented these projects headed out of Livermore Lab, and dozens of others, at a comprehensive peer review April 18-20 in Arlington, Virginia. The review session examined projects at a program level, provided lessons learned, and shared best practices, according to DOE.

Advanced metering infrastructure (AMI) —better known to consumers as smart meter technology—has become commonplace across the U.S. As convenient as smart meters are for the utility companies and their customers, they also could be vulnerable to cyberattack, according to Jamie Van Randwyk, an LLNL division leader in Computation.

Van Randwyk is leading a project that will focus on using data analytics to better understand and assess the security risks of smart meters. He’s working with industrial partners and small public utilities to find anomalous behavior in smart meter signaling that could indicate an attack on the smart meters themselves, or an attack on the grid through the meters.

"We’re trying to detect cyber events and differentiate a cyberattack from all the other hazards and background noise," Van Randwyk said. "We want to take in different data feeds from the networks that run the grid and use data analytic technology to see if we’re under a cyberattack. We’re looking for the needle in the haystack, but we don’t know what the needle looks like."

VanRandwyk and his team, which includes LLNL scientist Seth Bromberger, also is working with partners at Pacific Northwest, Lawrence Berkeley, Oak Ridge, Sandia and Idaho national laboratories. The researchers aren’t collecting data yet, but plan to have an agreement in place to borrow smart meters from a utility company to test their data.

Later, the team will simulate attacks on key distribution systems in laboratory environments, such as LBNL’s FLEXLAB and Sandia’s Distributed Energy Technologies Laboratory (DETL), leveraging data and sensors to build physical models and analytic algorithms to distinguish between cyberthreats and the rest of all-hazards threats.

Historically, the electric power grid’s infrastructure has been operating separately among transmission, distribution and the consumer (such as building management) systems. Lawrence Livermore engineer Liang Min, who came to the Lab from the Electric Power Research Institute in Palo Alto, would like to get each component to communicate better.

"Each area has its own control system, and they don’t really coordinate very well," Min explained. "The future grid control systems must be able to coordinate the grid’s interconnected elements – from the central and distributed generator through the high-voltage network and distribution system, to building automation systems, to controllers for distributed energy resources, and to end-use consumers, including their thermostats, electric vehicles, appliances and other household appliances."

Instead of shutting down the whole street, in the event of an outage, Min explained, a smarter grid could turn off certain applications, decreasing the load on the transformers enough to help recovery. The second benefit is economic, Min said. With a more controllable strategy, utilities could better integrate distributed energy resource and coordinate buildings with an automatic alert and response.

"We hope we can have a really integrated transmission, distribution and building control systems and a well-defined use case to demonstrate with the three entities and show the value to private industry," Min said.

Can machine learning predict and respond to transformer failure?

A recent arrival from Lawrence Berkeley, scientist Emma Stewart came to LLNL in pursuit of developing machine learning and distributed data analytics to solve building-to-grid interface issues. The idea is to examine disparate sources of data for signals of incipient failure, or in other words, detecting a failing transformer before it blows and predicting the availability of behind-the-meter resources to participate in new distribution grid support services.

"It’s about translating huge amounts of data into useful information and something meaningful for grid operators," Stewart said. "There are thousands of transformers located in distribution feeders that they can’t tell are failing until they pop. We’re trying to use sensor data to predict if the distribution system is developing a problem, and, in tandem, improve planning and resource utilization. We’re pushing to use data analytics directly with operators and field crew on the ground to maintain reliability in real time."

Machine learning, Stewart explained, can be a useful tool to predict possible transformer failures, because it works well as a predictive analysis when there are a lot of unknowns involved, such as distribution. Through machine learning, computers should be able to learn trends in data that indicate when there is a problem looming.

Seven national labs are involved in Stewart’s project, led by LLNL, Los Alamos and Lawrence Berkeley, along with industrial partners and utilities. Her team is  testing the existing state-of-the-art of the platform, setting baseline analytics and doing diagnostic analysis. The final goal of the project is to enable the analytics to act when there’s trouble on the grid, such as unloading a transformer. The biggest hurdle, she said, is understanding what the grid operators need, and making sure the right people get the information at the right time.

"There’s a basic lack of understanding on the grid with respect to sensors," Stewart said. "Sensors are expensive, and hard to install on a distribution feeder that might have 10,000 nodes. That is a hard issue to solve, and without analytics, they can’t tell what’s happening."

The 2017 Grid Modernization Initiative peer review session was open to the public. Throughout the session, a portfolio of more than 80 grid modernization projects across 13 programs were reviewed. Twenty-nine foundational projects were also examined, where industry leaders served as objective reviewers, according to DOE.