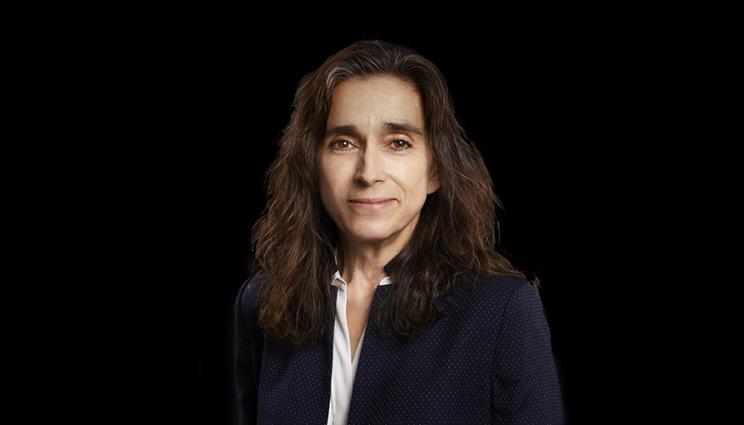 Kim Budil has been named director of Lawrence Livermore National Laboratory. Budil will begin her new role on March 2.

Budil will begin her new role on March 2.

Appointed with the concurrence of DOE and NNSA, Budil is the 13th director of the Laboratory since it was established in 1952 and its first woman director. She also will serve as president of LLNS, replacing Bill Goldstein, who announced his plans to step down last July pending the successful search for his successor.

"Kim has proven scientific leadership and senior management experience across a broad range of Laboratory programs,” Zettel said. “Her passion and commitment to the Lab's mission and people, and her ability to strategically manage the breadth of Livermore's science and technology capabilities and operations will serve the Lab, its people and the nation well.

“She is a respected and trusted scientist among Laboratory managers and employees and with the DOE, NNSA, UC and other key government sponsors and academic and industrial partners."

Budil was selected after a rigorous national search that began in July. As director, Budil will set the strategic vision for the Laboratory and exercise broad delegated powers to ensure successful execution of programs and operations to advance science and technology for the nation and to maintain an outstanding and diverse workforce. The director leads the development and implementation of the Laboratory’s scientific vision, goals and objectives, and serves as the Laboratory’s highest-level liaison with DOE, NNSA, the LLNS Board of Governors, the University of California and other government, public and private organizations.

A unique responsibility of the LLNL director, shared with the directors of Los Alamos and Sandia national laboratories, is to provide the U.S. president, through the secretaries of Energy and Defense, an annual technical assessment of the state of the nuclear weapons stockpile including its safety, security and effectiveness, the state of the scientific capabilities that underwrite it and whether confidence in the stockpile can be maintained without a nuclear test.

"I am deeply honored to take on the role of Laboratory director,” Budil said. "Our Lab has a storied history and continues this spirit of innovation and impact today through the efforts of our amazing workforce. The Lab team has demonstrated time and again its resilience and commitment to our mission of service to the nation, and I look forward to working with all of my LLNL colleagues, LLNS and our partners across the nuclear security enterprise, NNSA, DOE and other agencies to ensure that this incredible institution continues to serve through outstanding science and technology."

Throughout her career, Budil has held a broad range of assignments across the Lab as well as the University of California. Prior to being named director, she served as the principal associate director for Weapons and Complex Integration at the Lab. She came to the Lab in 1987 as a graduate student in Laser Programs and became a postdoc in the weapons program in 1994. Over her career she has held roles of increasing management responsibility across LLNL programs, including Weapons and Complex Integration, Global Security, the National Ignition Facility and Physical and Life Sciences.

Budil served twice as a detailee in Washington, D.C., first at the NNSA in the Office of Defense Science and then as a senior adviser to the undersecretary for Science in the Department of Energy.

She served as the vice president for national laboratories in the UC Office of the President, in which she was responsible for the governance and oversight of the Lawrence Livermore, Lawrence Berkeley and Los Alamos national laboratories, as well as the development of strategic partnerships between the 10 UC campuses and the laboratories. She also was the executive committee governor on the LANS and LLNS Boards of Governors, and she is a Hertz Foundation Fellow and board member.

In announcing Budil’s appointment, Zettel also thanked Goldstein for his service as director. "The LLNS Board of Governors and Livermore Laboratory are grateful to Bill for his seven years as director, as well as more than 36 years of service to the Lab and the nation.”

"It is an honor to congratulate Kim as she takes over the role of leading this great institution," Zettel said. "We strongly believe that she is the best person to lead LLNL at this time, and she will continue to champion the Laboratory’s outstanding contributions to its national security missions into the future.

"I also want to take the opportunity to thank LLNL employees for all they do and encourage them to continue to be steadfast in fulfilling their incredibly important mission, especially during this pandemic. I will continue to be one of their strongest proponents."