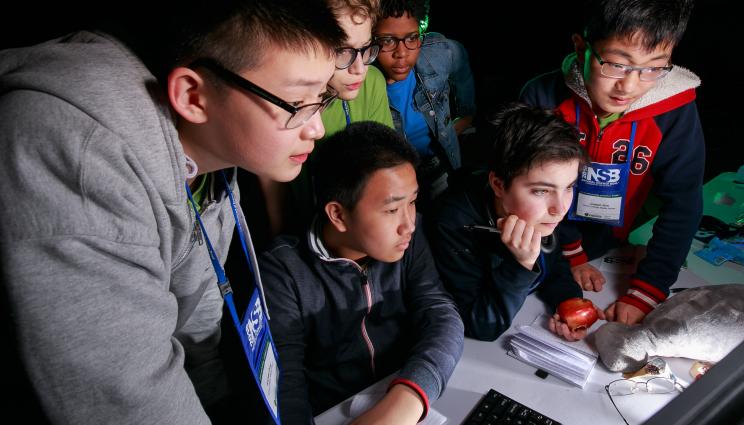 With the help of Lawrence Livermore, National Science Bowl finalists received some hands-on training in cybersecurity.

CyberCraft is a "Jeopardy Show-like," question-and-answer-style Capture the Flag system developed at LLNL for and by LLNL staff and Cyber Defender interns through the Consortium-Enabling Cybersecurity Opportunities and Research (CECOR) organization and the LLNL-funded Cyber Defenders program.

The U.S. Department of Energy’s Office of Science manages the NSB and sponsors the NSB finals competition, which was held this year at Trinity Washington University in Washington, D.C.

The 2018 NSB Middle-School Cyber Challenge hosted the finalists from more than 113 regional science bowl competitions that were held across the country over the past three months.

The 2018 challenge included 48 teams of five students each from 34 states and Puerto Rico. On April 28, the Cyber Challenge team completed the setup and configuration of 100 Raspberry Pi computers, monitors, keyboards, mice and an internal network, and conducted the event on April 29. (Raspberry Pi devices are credit-card-sized, single-board computers developed in the United Kingdom.) 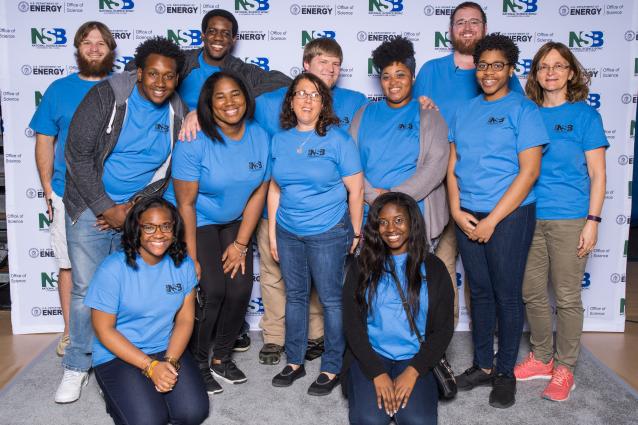 The students were engaged during the entire competition and the winning team completed all but 10 of the 106 challenges prepared by the LLNL team. In addition to the Cyber Challenge, presenters Ti Liggett of Argonne National Laboratory and Carolyn Lauzon of the Office of Science demonstrated a distributed denial of service in a network of Raspberry Pis using the Tiny Titan system.

In addition to the Cyber Challenge, LLNL computational physicist Evi Dube and LLNL computer scientist Celeste Matarazzo presented two workshops for the high school finalists at Science Day. Beyond the academic competition, Science Day is provided for students to attend presentations on current topics in math and the sciences.

The topical theme for this year’s Science Day was cybersecurity. After opening remarks by Department of Energy Secretary Rick Perry, the students had the opportunity to hear directly from researchers working at national laboratories, including presenters from Los Alamos, Pacific Northwest, Oak Ridge and Lawrence Livermore, as well as from plenary speaker Craig Gentry, a senior researcher at the IBM Thomas J. Watson Research Center.

In addition to Dube and Matarazzo, other LLNL participants included John Donaldson and Joshua Sherfield. A number of LLNL staff members assisted with the preparation for this event, including Pablo Arias and Farah Rahbar.

Dial and Taylor will return to LLNL in May for another summer internship. Taylor is a Ph.D. candidate at the University of Arizona and returning to LLNL for his seventh summer internship, while Dial is graduating with her bachelor's of science degree from Benedict College and attending graduate school in the fall.

Carden is graduating with his master’s of science degree from North Carolina A&T in May and will immediately start employment at a U.S. government agency.

Hayes will be graduating with his bachelor's of science degree in May, was recently awarded a GEM fellowship and will start his graduate work in computer science at the Georgia Institute of Technology in the fall.

Hart is completing her master’s of science degree in information systems from Indiana University and will begin employment at a small company in Germantown, Maryland. Moss has joined the security team at General Motors Corporation in Atlanta and is exploring graduate school opportunities. Reed completed her master’s of science degree in computer science from Georgia Tech and is employed in security at Ford Motor Company in Detroit.