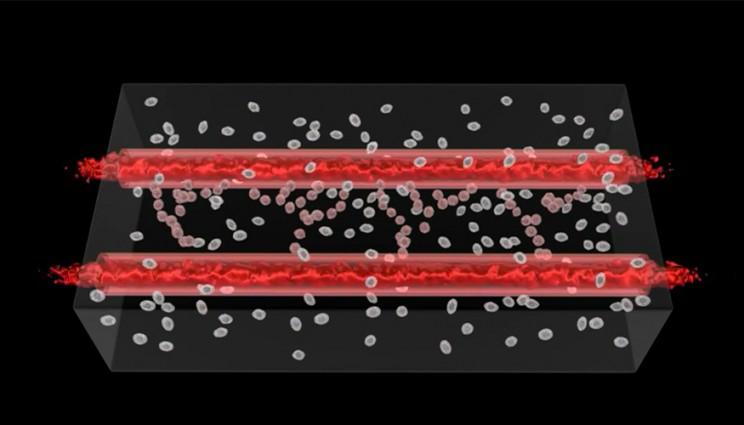 Researchers at Lawrence Livermore National Laboratory say the precision and 3D structures made possible through bioprinting are enabling them to more effectively reproduce human physiology outside of the body, which will eventually lead to a better representation of each tissue system that makes up the human body.

The cardiovascular system is a complex web of tens of thousands of miles of arteries, capillaries and veins, branching throughout the body like tributaries of a great river. And now, researchers at Lawrence Livermore National Laboratory are recapitulating this intricate network using an emerging technology: 3D bioprinting.

"It’s going to change the way we do biology," said Lab research engineer Monica Moya, the project’s principal investigator. "This technology can take biology from the traditional petri dish to a 3D physiologically relevant tissue patch with functional vasculature."

Using a 3D printer and a "bio-ink" made of materials compatible with the human body, Moya and her team have successfully printed structures with living cells and biomaterials. The material and environment are engineered to enable small blood vessels, human capillaries, to develop on their own.

This process takes a while, so initially, tubes are printed out of cells and other biomaterials to deliver essential nutrients to the surrounding printed environment. Eventually, the self-assembled capillaries are able to connect with the bio-printed tubes and deliver nutrients to the cells on their own, enabling these structures to function like they do in the body. 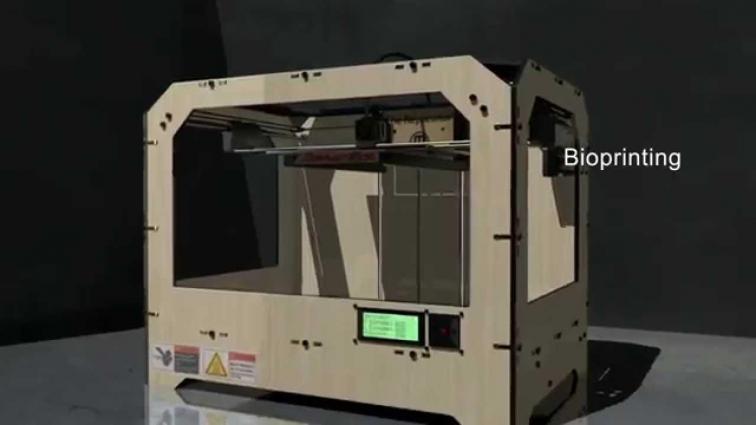 "If you take this approach of co-engineering with nature you allow biology to help create the finer resolution of the printed tissue," Moya said. "We’re leveraging the body’s ability for self-directed growth, and you end up with something that is more true to physiology. We can put the cells in an environment where they know, ‘I need to build blood vessels.’ With this technology we guide and orchestrate the biology."

Researchers say the precision and 3D structures made possible through bioprinting are enabling them to more effectively reproduce human physiology outside of the body, and will eventually lead to a better representation of each tissue system that makes up the human body.

Bioprinting complements a different Lab project aimed at replicating the body on a micro scale. That project, known as iCHIP (in vitro Chip-based Human Investigational Platform), re-creates and integrates the central and peripheral nervous systems, the blood-brain barrier and the heart.

"Bioprinting adds another dimension to tissue–on-a-chip platforms," said Lab research engineer Elizabeth Wheeler, the principal investigator for iCHIP. "Having the ability to control the 3D structural environment, along with growing vessel networks to support the growing tissue, is one part of replicating the complexity of the human body."

Currently in the final year of a three-year project funded by Laboratory Directed Research and Development, an internal program, Moya has used bioprinting to create an unorganized (think: "a spaghetti bowl") network of blood vessels, but she wants to go a step further, engineering a directed hierarchy similar to those that exist in the body.

Soon, Moya and other researchers will be able to utilize a brand new 3D bioprinting lab containing a more precise printer capable of higher resolution and larger structures.

The technique, despite being in its infancy, is already opening doors to valuable research opportunities previously unavailable to science.

"Although printing implantable organs is not in the immediate future, our bioprinted tissue patches can be applied to toxicology studies, medical treatment testing and provide a test bed for fundamental science," Moya said.

Editor’s note: The researchers in this story — Monica Moya and Elizabeth Wheeler —will field questions from the public about this research on the popular social media website Reddit on Thursday, Dec. 3, from 10 a.m. to noon PST.