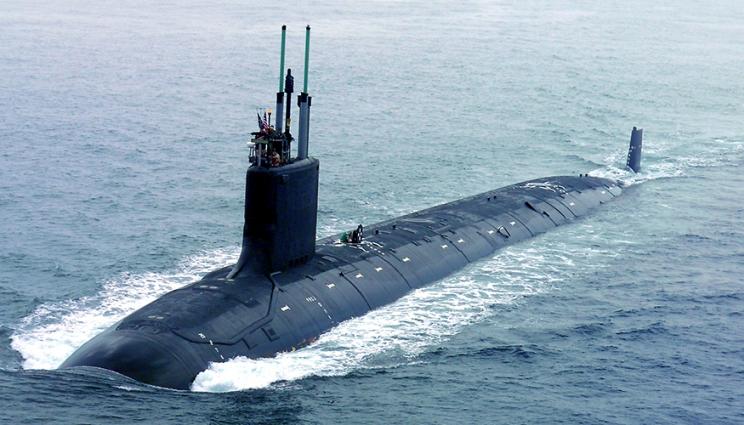 LLNL entered a feasibility study agreement with the Navy to look at developing a non‐destructive technology that can essentially peer through the submarine’s coating — known as special hull treatment — to find defects in the ship’s welds. Currently, hull inspections require the removal and reinstallation of the coating in order to examine the structure underneath, which is a costly and time‐consuming process.

"We’re investigating a cross‐platform technique that allows us to interrogate the welds without doing destructive work on that treatment," said LLNL Materials and Engineering Section Leader Karl Fisher, a principal investigator on the project. "[Submarine maintenance] is a major undertaking. A lot of things can happen and anything that impedes the schedule is bad. Our proposal is to reduce the cost, but it is a costly process."

Fisher said researchers will be looking at using acoustical structural excitation along with ultra‐wide-band radar technology, which has proven useful in penetrating underground to search for improvised explosive devices. While Fisher cautioned the technology isn’t guaranteed to work on submarines, it could help narrow the area where a crack or defect in the welding has occurred.

"We would use acoustics and vibration excitation to get the hull moving, and then watch and listen for changes in motion," Fisher said. "It’s analogous to a wineglass — if you tap it and the glass is solid, it will make a ‘ding.’ If there’s a crack in it, you’ll hear a dull thud. In theory, the defect will radiate differently and have a different mechanical response, and we could scan it and find out where."

For the first phase of the study, the Lab team will use test samples to try the technique and gauge for efficacy. At the same time, two other institutions will be investigating terahertz and phased array approaches. The Navy will review the three proposals in early 2017 before moving on to developing a prototype system. At LLNL, engineer and co‐principal investigator John Chang will lend his expertise in remote sensing to the project.

"Each modality has its shortcomings; there’s no one technique that will address the problem," Chang said. "To me it highlights the Lab’s uniqueness in multidisciplinary research and tapping into experts in their fields to generate new capabilities."

The Navy estimates that reducing the amount of coating that has to be removed and reinstalled on a Virginia Class submarine during inspections could reduce costs by as much as $1.2 million per hull per inspection cycle, or $6 million over a five‐year period.