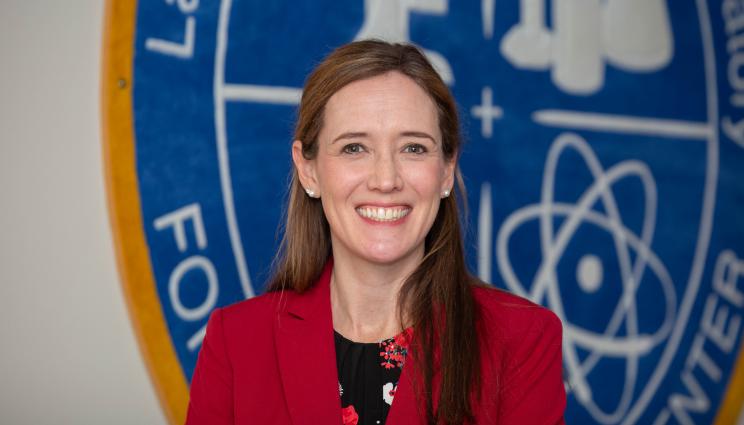 A chemist who is the director of Lawrence Livermore National Laboratory’s (LLNL) Forensic Science Center is the recipient of the 2020 “Outstanding Early Career Achievement in Forensic Science Award.”

The award, given to LLNL’s Audrey Williams, is presented annually by the American Academy of Forensic Sciences (AAFS) Past Presidents Council.

This year’s award will be presented by Susan Ballou, chair of the AAFS Past Presidents Council, on Feb. 19 during the AAFS annual business meeting at the Anaheim Convention Center. Williams will receive $1,000 and a commemorative plaque.

“I’m honored to receive this award,” said Williams, who is an associate member in the academy’s criminalistics section. “I believe that I can help foster expanded effort areas in the AAFS through my focus on CBRNE (chemical, biological, radiological, nuclear and explosives) forensics, as well contribute to the advancement of more classical techniques in some areas.”

To be eligible for the early career achievement award, “the recipient shall have demonstrated both leadership and outstanding achievement through contributions that have served to advance forensic science and its application to the legal system in a manner that promotes professionalism, integrity, competency, education, research, practice and collaboration,” according to the AAFS.

Williams was named the acting director of LLNL’s Forensic Science Center in November 2018 and officially tapped to head the center last July.

Founded in 1991, the Livermore Forensic Science Center supports the U.S. federal government in the analyses of CBRNE materials.

Williams is an analytical and forensic chemist whose research focus areas are the characterization of attribution signatures for chemical warfare agents and opioids; development and applications of biomarkers for chemical exposure; and forensic analysis of unknown samples.

She earned a bachelor of science in chemistry and criminal justice from Xavier University in Cincinnati in 2003, a master’s degree in forensic science in 2006 and a Ph.D. in analytical chemistry in 2009, both from Michigan State University.

Williams first came to the Laboratory in 2006 as a summer intern working under a Department of Homeland Security fellowship. She returned to LLNL as a graduate student employee in 2007 and joined the Forensic Science Center in 2009.

She is a member of the AAFS as well as the American Chemical Society.