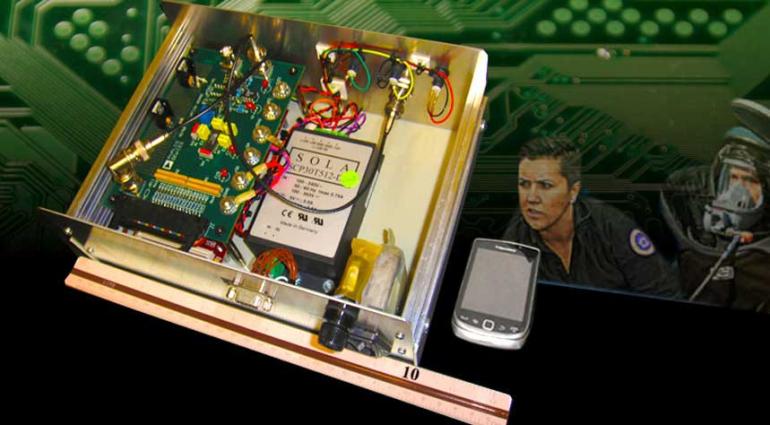 The LLNL Spectroscopic Injection Pulser prototype directly injects signals into radiation detection equipment, exactly like a real radiation source. This laboratory-scale prototype will support miniaturization to something near the size of a cellphone.

LIVERMORE, California – Training of first responders on the hazards of actual radiological and nuclear threats has been challenged by the difficulties of adequately representing those threats. 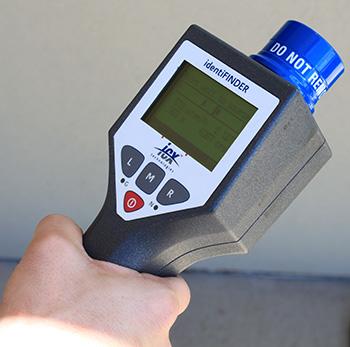 Lawrence Livermore National Laboratory (LLNL) researchers have solved the problem by developing a new technology that provides realistic radiation detection training by directly injecting simulated radiation signals into the analog amplifier of the real detectors used by first responders and inspectors. The Spectroscopic Injection Pulser (SIP) will yield training results that are indistinguishable by detection instruments from actual radiation sources.

This technology simulates the presence of live radioactive sources by providing instrument responses such as count rates, energy fingerprints (spectra) and dose rates. Such responses would normally only occur if the instruments were close to a real radiation source.

Depending on the user’s requirements, training goals and radiation scenarios, high-fidelity synthetic radiation data are developed and transmitted to the SIP, which can be attached to the exterior or integrated into actual instruments. The location of the instrument and time of measurement are used to calculate the expected signal from an actual radiation source, and that signal is injected into the detection instrument pulse-by-pulse, just as would be observed by the instrument in a real operation.

With the SIP running in parallel to the instrument, the background environment also would be measured, as would be the case in a real response. This provides first responders with a much more realistic experience.

After training, the SIP can either be switched off or removed from the system’s exterior, returning the radiation detector to normal operations.

The SIP’s wireless communication capabilities can provide trainers with broader command and control options often needed during an exercise. For example, instructors can observe the actions of team members as they deal with realistic scenarios, provide guidance, monitor health physics, communicate information and data to command centers and deliver technical real-time reach-back guidance. For certain training scenarios, virtual samples could be collected and transmitted to a laboratory for analysis.

"This technology could dramatically improve responder preparedness against more realistic scenarios, including better representation of the actual hazards, while not requiring those same responders to become, for example, certified radioactive or other hazardous material handlers," said Steven Kreek, leader of the Nuclear Detection and Countermeasures R&D Program in LLNL’s Global Security Directorate and part of the Lab team that invented the technology. "By working directly with instrument manufacturers, we’re hoping they will design future response instrumentation to interface directly with our SIP." 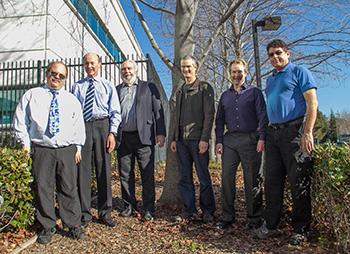