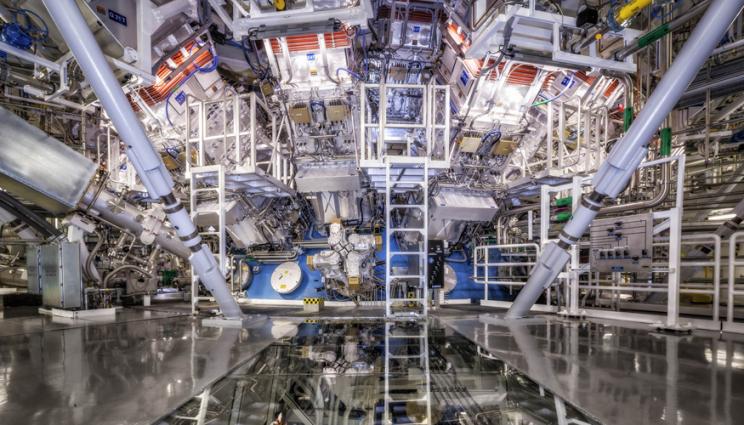 NIF’s target chamber is where the magic happens – temperatures of 100 million degrees and pressures extreme enough to compress the target to densities up to 100 times the density of lead are created there. Photo by Damien Jemison/LLNL

Increasing the shot rate has been a top priority for the Inertial Confinement Fusion (ICF) Program and in particular the NIF team at LLNL. The greater than 50 percent increase in NIF shots from FY 2014 to FY 2015 is a direct result of the implementation of an efficiency study conducted in FY 2014 for the NIF.

NIF is funded by the National Nuclear Security Administration (NNSA), the agency charged with ensuring the nation’s nuclear security. The chief mission of NIF is to provide experimental insight and data for NNSA’s science-based Stockpile Stewardship Program in the area of high-energy-density physics, a scientific field of direct relevance to nuclear deterrence and national nuclear security.

"Demand for experiments at NIF have always exceeded capacity. The impressive work by the team at NIF to produce additional shots has provided important new opportunities for NIF users and increased this unique scientific platform's contributions to national security," said Brig. Gen Stephen Davis, USAF, acting deputy administrator for Defense Programs. "I congratulate the NIF team and its many partners for not only meeting, but exceeding the goal." 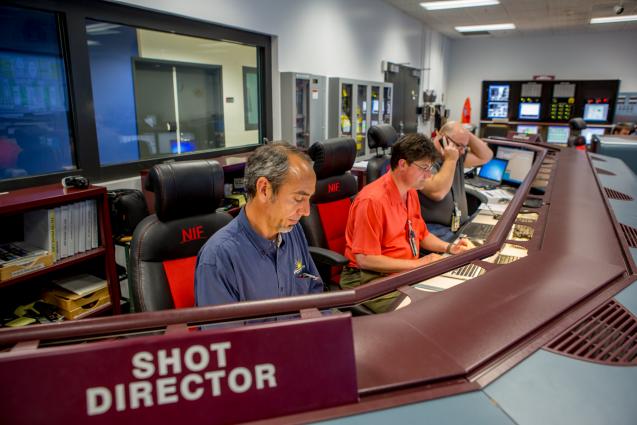 "This is a remarkable achievement for team NIF, whose incredible effort and persistence turned this huge challenge into a reality," said LLNL Director Bill Goldstein. "Without the support of NNSA and our many partners, this would not have been possible."

This 120-day efficiency study was developed in partnership with other NNSA laboratories and drew on best practices at the Z Facility at Sandia National Laboratories and the Omega Laser at the University of Rochester. This study identified more than 80 improvements to equipment and procedures that could lead to reduced time and effort for fielding experiments.