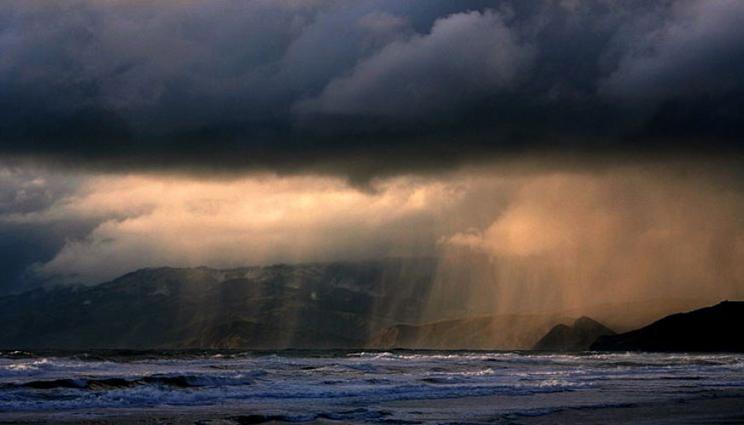 The rain in Spain may lie mainly on the plain, but the location and intensity of that rain is changing not only in Spain but around the globe.

A new study by Lawrence Livermore National Laboratory scientists shows that observed changes in global (ocean and land) precipitation are directly affected by human activities and cannot be explained by natural variability alone. The research appears in the Nov. 11 online edition of the Proceedings of the National Academy of Sciences.

Emissions of heat-trapping and ozone-depleting gases affect the distribution of precipitation through two mechanisms. Increasing temperatures are expected to make wet regions wetter and dry regions drier (thermodynamic changes); and changes in atmospheric circulation patterns will push storm tracks and subtropical dry zones toward the poles.

"Both these changes are occurring simultaneously in global precipitation and this behavior cannot be explained by natural variability alone," said LLNL's lead author Kate Marvel. "External influences such as the increase in greenhouse gases are responsible for the changes."

The team compared climate model predications with the Global Precipitation Climatology Project's global observations, which span from 1979-2012, and found that natural variability (such as El Niños and La Niñas) does not account for the changes in global precipitation patterns. While natural fluctuations in climate can lead to either intensification or poleward shifts in precipitation, it is very rare for the two effects to occur together naturally.

"In combination, manmade increases in greenhouse gases and stratospheric ozone depletion are expected to lead to both an intensification and redistribution of global precipitation," said Celine Bonfils, the other LLNL author. "The fact that we see both of these effects simultaneously in the observations is strong evidence that humans are affecting global precipitation."

Marvel and Bonfils identified a fingerprint pattern that characterizes the simultaneous response of precipitation location and intensity to external forcing.

"Most previous work has focused on either thermodynamic or dynamic changes in isolation. By looking at both, we were able to identify a pattern of precipitation change that fits with what is expected from human-caused climate change," Marvel said.

By focusing on the underlying mechanisms that drive changes in global precipitation and by restricting the analysis to the large scales where there is confidence in the models' ability to reproduce the current climate, "we have shown that the changes observed in the satellite era are externally forced and likely to be from man," Bonfils said.