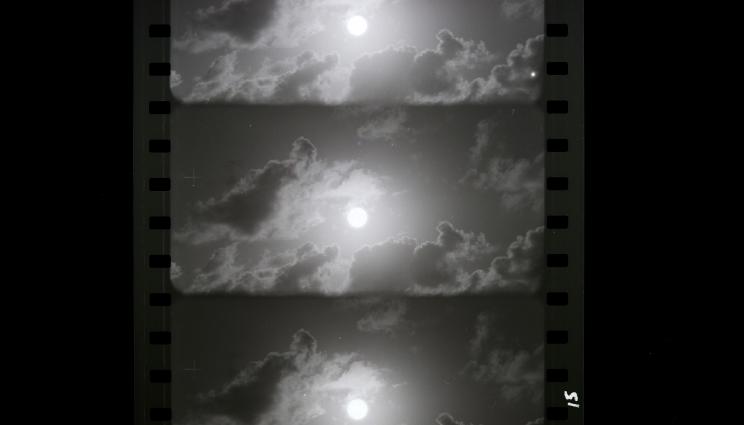 Reminiscent of the sun peeking through the clouds, a high-altitude nuclear detonation dons the frames of a recently declassified nuclear test film.

Researchers at Lawrence Livermore National Laboratory (LLNL) released 62 newly declassified videos today of atmospheric nuclear tests films that have never before been seen by the public.

The videos are the second batch of scientific test films to be published on the LLNL YouTube channel this year, and the team plans to publish the remaining videos of tests conducted by LLNL as they are scanned and approved for public release.

LLNL nuclear weapon physicist Gregg Spriggs is leading a team of film experts, code developers and interns on a mission to hunt down, scan and reanalyze what they estimate to be 10,000 films of the 210 atmospheric tests conducted by the U.S. between 1945 and 1962. With many of the films suffering from physical decay, their goal is to preserve this priceless record before it’s lost forever, and to provide more accurate scientific data to colleagues who are responsible for certifying the stockpile every year.

"We’ve received a lot of demand for these videos and the public has a right to see this footage," Spriggs said. "Not only are we preserving history, but we’re getting much more consistent answers with our calculations.

"It’s been 25 years since the last nuclear test, and computer simulations have become our virtual test ground. But those simulations are only as good as the data they’re based on. Accurate data is what enables us to ensure the stockpile remains safe, secure and effective without having to return to testing."

‘The data must be off’

Ten years ago, Spriggs was asked to write a computer code related to nuclear weapons effects, but his calculations didn’t agree with what was published in the 1950s and '60s. When he dug in to find out why there was a discrepancy, he discovered that the manual measurements made in the '50s and '60s were off, in some cases by 20 percent to 30 percent. His new mission had become clear: reanalyze all the nuclear test films to ensure future computer simulations would be validated.

"It was driving me nuts," Spriggs said. "No matter what I did, I couldn’t get my calculations to agree. Eventually, I came to the conclusion that the data must be off. To prove our simulations are correct, we rely on quality benchmark data. That’s why this project is so important. It is providing the data our physicists need to ensure our deterrent remains viable into the future."

Nuclear detonations are tremendously extreme events. To record the action, each test was captured by upward of 50 cameras, providing different vantage points and providing backup in case one of the cameras malfunctioned. Some cameras were designed to zip through hundreds of feet of film within a couple seconds, capturing every detail of massive fireballs in stunning slow motion. Others captured a frame or two every minute in order to record how mushroom clouds evolved over longer periods of time. The common thread between these films is that they contain a great deal of quality scientific data, data that can never be reproduced.

For rare film expert Jim Moye, the goal when scanning the films is simple: Create as exact a copy of the data as possible. To do so, Moye preps and cleans the film before scanning it with a customized Hollywood film scanner. Because much of the film is black and white, it contains a greater range of optical density (shades of dark and light) than the scanner can record in one pass. So Moye scans the film twice, first capturing the rich details of the darker shades before adjusting the scanner software to capture the lighter shades.

"It’s fascinating to watch film that hasn’t been seen in more than 50 years," Moye said. "This may be our one and only chance to preserve this historical record. It’s critical that we capture as much of the data as possible. I truly feel like we’re preserving history."

What a physicist looks for in a nuclear test

While the team certainly is preserving history, the driving purpose behind the project is to reanalyze the films to get a more accurate measurement of the yield (amount of energy released) of each test. To ensure accuracy, the team takes multiple measurements of a handful of different physics phenomena that independently correlate to test yield. Some films provide four to five different ways a scientist like Spriggs can calculate the yield, and agreement between these measurements means they have a number they can trust. 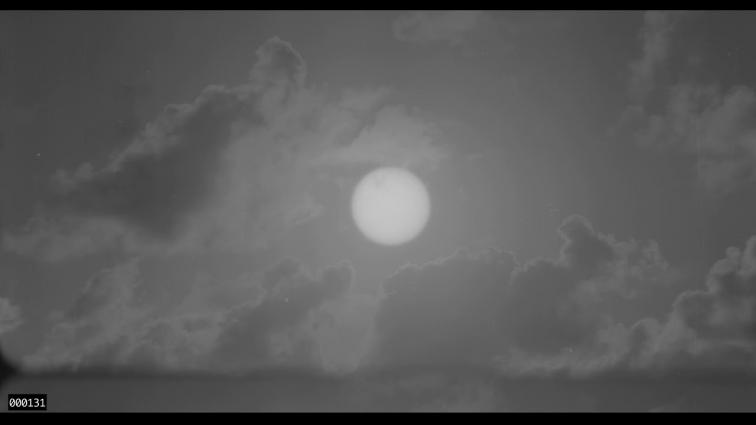 Nuclear detonations show two characteristic light pulses. This double-pulse phenomenon is evident in the video of the "Harlem event," a 1.2 megaton test that took place 13,645 feet above the Christmas Island area of the Pacific on June 12, 1962. The first pulse peaks almost immediately as the shockwave first forms (0:09 in the video). The brightness then decreases as the superheated air, which is opaque when heated to above 3,300 degrees Kelvin -- or 5,480.33 degrees Fahrenheit -- shields the light from inside the fireball (0:10 in the video). As the shockwave cools to below 3,300 Kelvin, the air becomes transparent and the hot gasses begin to show through, creating the second pulse (0:21 in the video). Software developed by LLNL computer scientist Jason Bender scans each frame of the films to automate the measurement process. Bender’s software notes the timestamp of both pulses of light, as well as the darkest frame between them. With this data, Spriggs can calculate the test’s yield. 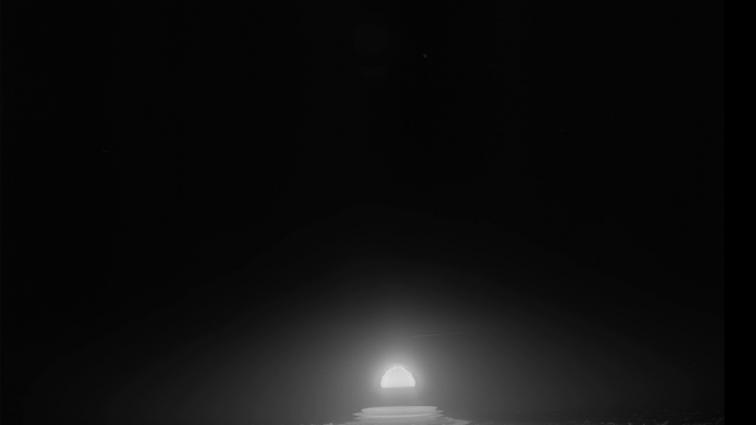 Tests like the "Bighorn event" display the mechanisms that lead to the formation of the iconic mushroom-shaped cloud. Bighorn was a 7.65 megaton test that took place 11,810 feet above the Christmas Island area of the Pacific on June 27, 1962. The fireball is spherical, almost sun-like, until the shockwave "outruns" the fireball, bounces off the ground, then smacks back into the bottom of the fireball, flattening it into the shape many have come to associate with a nuclear blast. The speed at which the mushroom cloud rises and the height of the cloud can be used to calculate yield. 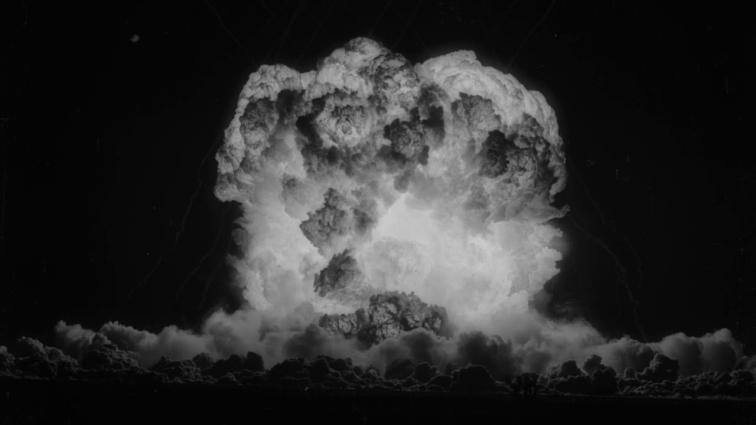 The glow time of the fireball itself, as well as the speed at which it grows, also can be used to calculate yield. These measurements can be taken from the video of the "Turk event," a 43-kiloton test that took place 508 feet above the desert floor of the Nevada Test Site on March 7, 1955.

Measurements taken in the '50s and '60s focused on the rate of growth of the fireball. These measurements were done manually by projecting each frame onto a grid, with an analyst jotting down the eyeballed measurement before the projector’s heat began to melt the frame.

"It’s really amazing how close they got back in the '50s and '60s," Spriggs said. "The measurements they got for most of their tests were pretty accurate. But when it comes to ensuring the stockpile, we need to be certain. These are devastating weapons, and I hope they’re never used in war. But the stockpile has been an effective deterrent for more than 70 years. My hope is that this project can help to make sure it stays viable into the future."