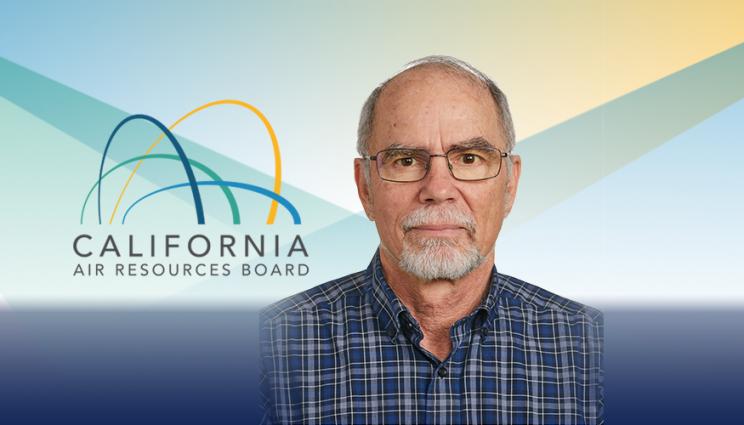 Taylor, who is among seven winners, was cited with a commendation that his "contributions — both in building essential infrastructure to improve climate modeling and through his own far-reaching research exposing differential forcing effects of anthropogenic sulfate aerosols — have helped make it possible for the climate science community to evaluate and improve climate change modeling, to distinguish human impacts on climate and to estimate uncertainty in projections of future climate change."

“I was surprised and extremely happy to learn I’d been named as one of this year’s winners of the award,” said Taylor, who has worked at the Lab for more than 30 years. “I especially appreciate it because I have so much respect and admiration for the three scientists who nominated me: my esteemed colleague and friend Ben Santer, Joyce Penner, who was one of my early mentors at LLNL, and Michael Prather.”

At LLNL, Taylor is a member of the Program for Climate Model Diagnosis and Intercomparison (PCMDI) and served as its director for seven years before stepping down to focus on research and leadership of the Coupled Model Intercomparison Project (CMIP). CMIP is an internationally coordinated effort by the climate modeling community to further understanding of climate variability and change through systematic model experimentation. Taylor co-chairs a World Climate Research Program panel for development of software infrastructure in support of CMIP and is a member of the CMIP panel, which oversees the scientific design of the CMIP experiments.

Taylor created the Taylor Diagram, which is commonly used in evaluating the relative merits of different climate models in simulating multiple variables. Although the form of this diagram is general, it is especially useful in evaluating complex models, such as those used to study geophysical phenomena. The diagram appears in hundreds of research papers each year and is included routinely as part of model evaluation procedures at several major modeling centers.

Taylor also has served the climate research community by contributing to the Scientific Assessment Reports of the Intergovernmental Panel on Climate Change (IPCC) -- as lead author of the chapter on "Climate Models and Their Evaluation" (in 2007), as review editor (2013) and as contributing author to a total of seven chapters in the 1995, 2001 and 2007 reports. The IPCC was awarded the 2007 Nobel Peace Prize (jointly with Al Gore) for its efforts to "build up and disseminate greater knowledge about man-made climate change." Taylor and others in the Lab’s PCMDI group shared in that award.

He is a fellow of the American Geophysical Union, and in 2010, he and his PCMDI colleagues earned the American Meteorological Society’s Group Award "for leadership in implementing, maintaining and facilitating access to the CMIP3 multi-model dataset archive, which led to a new era in climate system analysis and understanding." As second author, he also shared with LLNL climate scientist Ben Santer (lead author) and co-authors the 1998 Norbert Gerbier-Mumm International award, given by the World Meteorological Organization, for their paper on the detection and attribution of human influences on climate change.

“The Haagen-Smit Award is our way of honoring individuals who have dedicated their lives and careers to protecting public health with innovative and far-reaching contributions,” CARB Chair Mary Nichols said. “From developing policies to protect the ozone layer to exemplary leadership driving national clean air pollution programs, these seven extraordinary people have each left a distinguished legacy that made a difference in how we tackle air pollution and fight climate change around the world.”

The prestigious award program was named after Arie J. Haagen-Smit, a native of Utrecht in the Netherlands, who was a leader in developing air quality standards based on his research efforts.

Before joining the Laboratory, Taylor earned his bachelor’s degree in physics from Pomona College and his master’s degree and Ph.D. in geology and geophysics from Yale. He also was a faculty member of the Physics Department at the University of Florida prior to his employment at the Lab.