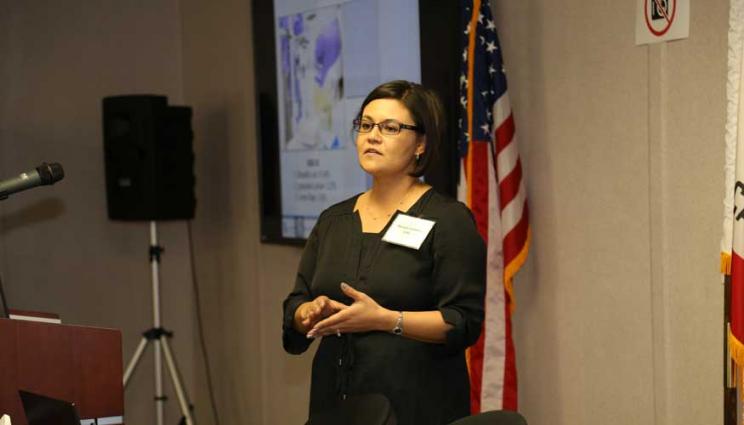 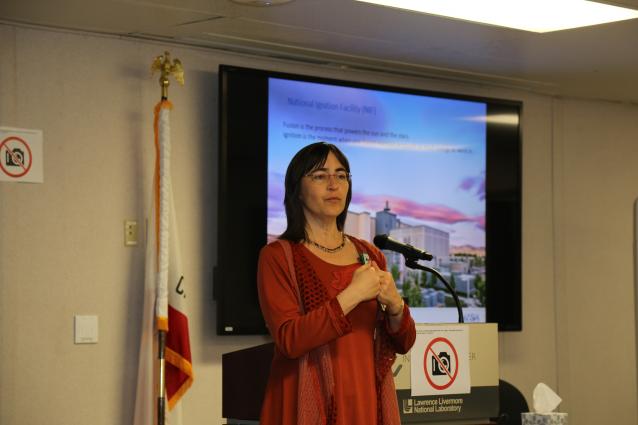 The event, open to the public, was held in conjunction with the WiDS Conference at Stanford, which seeks to promote women in data science. The annual one-day conference features exclusively female speakers and provides an opportunity to hear about the latest data science-related research and applications, according to the conference’s website.

This year, there were more than 150 regional events hosted by WiDS ambassadors, including LLNL software developer and event organizer Marisa Torres, who said it was encouraging that employees could share ideas about machine learning among different domains.

Torres became an ambassador to "bring together women data scientists from across our local community," and said she was "impressed with the enthusiasm and interest generated by the speakers and breakout session leads."

"It was a great opportunity to showcase the interesting applications of data science that is relevant to LLNL's missions," Torres added. "Having a place to share stories about our work and experiences can help us succeed."

In addition to the talks, breakout sessions were held to discuss data science in biology, weapons, computer architecture and cybersecurity, as well as on innovation, natural language processing and career opportunities at the Lab.

Global Security’s Gamboa said the event was a perfect opportunity to convey the important work going on at the Lab, and to build excitement among female scientists for data science, specifically in machine learning.

"We don’t often get to talk about the kinds of efforts we have going on, even at a small scale," Gamboa said. "The missions are critical to the security of our nation, but there are so many different avenues of where you can use this specific skillset and so many applications that most people aren’t even aware of."

"We have a lot of top-tier women doing a lot of good work," Goldman said. "We want to promote them and what they’re doing to get our next generation of women interested in data science and make sure we keep that work going."

Torres said she hopes to bring the event back to the Lab for next year’s conference, slated for Mar. 4, 2019.