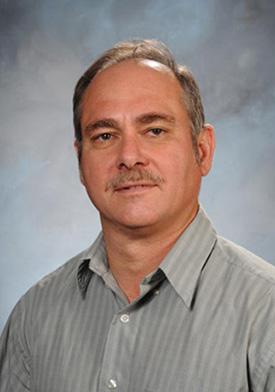 Lawrence Livermore scientist Steve Payne was selected as a fellow of SPIE, an international professional society for optics and photonics.

Payne, an active SPIE participant since the mid-1980s, is the group leader for sensor materials and measurements in the Lab's Materials Sciences Division and is the associate program leader for radiation detection materials for N Program in Global Security. His research interests include radiation detectors, materials, optics and lasers.

Founded in 1955, SPIE's mission is to serve engineers and scientists in government, academia and industry in the fields of optics, photonics and light. The nonprofit selected Payne as a fellow because of his research contributions and new discoveries in these fields.

"It's an honor to receive this recognition," Payne said. "However, I wouldn't have received this honor without the opportunity to work collaboratively with incredibly talented scientists and engineers at Lawrence Livermore."

Payne's current collaborations include working with research teams in Global Security, which have achieved many breakthroughs in nuclear detection. Their accomplishments were recognized with two R&D 100 Awards and the LLNL Director's and Global Security's Gold and Silver Awards. Payne is a co-recipient of the Department of Homeland Security's Award for "Superior Performance" in scintillator discovery.

Several of the materials that he and his colleagues have developed are commercially available --- including the high-resolution SrI 2 (Eu) gamma detector and the first plastic capable of efficiently distinguishing neutrons from gamma rays and others--are moving toward commercialization. Payne has employed experimental and theoretical methods to explain the physics of scintillators and is recognized as a key architect of the community's roadmap for understanding the mechanisms.

Prior to his assignment in Global Security, Payne and his colleagues developed optical materials such as an optimized composition for NIF's laser glass (LG-770) and innovative laser crystals such as Cr:ZnSe, LiSAF and Yb:S-FAP, as well as high-power laser designs.

Payne is a fellow of the Optical Society, an inventor on seven R&D 100 Awards, holder of 31 patents and a recipient of Fusion Power Associates 1998 Award for "Excellence in Fusion Engineering."