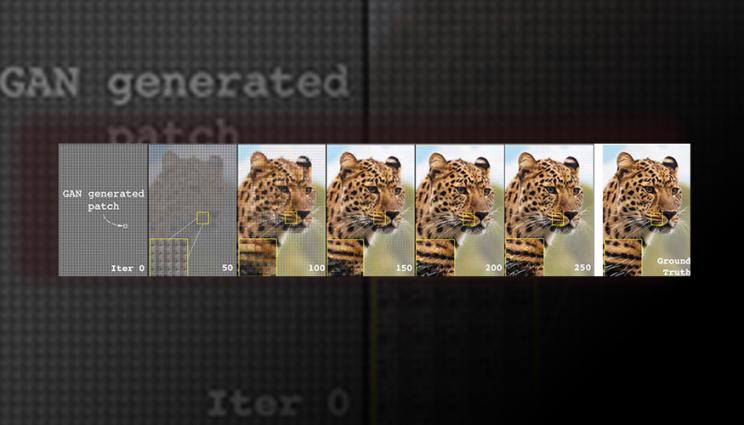 A team led by a Lawrence Livermore National Laboratory computer scientist developed a new kind of prior — a characterization of the space of natural images — for compressive image recovery that is trained on patches of images instead of full-sized images.

The 2021 IEEE Winter Conference on Applications of Computer Vision (WACV 2021) on Wednesday announced that a paper co-authored by a Lawrence Livermore National Laboratory (LLNL) computer scientist received the conference’s Best Paper Honorable Mention award based on its potential impact to the field.

The paper, titled "Generative Patch Priors for Practical Compressive Image Recovery,” introduces a new kind of prior — a characterization of the space of natural images — for compressive image recovery that is trained on patches of images instead of full-sized images. Unlike existing generative methods that are applicable only to images similar to the training dataset — i.e., similar kinds of objects, image sizes or aspect ratios — the generative patch prior (GPP) can recover a wide variety of natural images and compares favorably to other existing methods, researchers said.

“The central idea behind GPP is to exploit the fact that images can be broken down into small patches, and it is much easier for a machine learning (ML) model to approximate all the variations in patches than in images due to the reduced size,” explained lead author and LLNL computer scientist Rushil Anirudh. “An ML model that can capture the diversity and complexity of all images does not exist yet but, we observed that its relatively simple to learn a model that captures most of the variation in patches. GPP obtains higher quality solutions in compressive sensing, even under extreme settings where very few measurements are available.”

The team, which includes authors at Mitsubishi Electric Research Laboratories and Arizona State University, demonstrated that GPP can outperform several common techniques in compressive sensing and compressive phase retrieval tasks. They concluded that GPP is more broadly applicable to a wide variety of images than existing generative priors and proposed a technique for self-calibration enabling the model to automatically calibrate itself against real world sensor distortions and corruptions, showing it performed well on several real-world baselines.

Anirudh presented the paper on behalf of the group during an awards session hosted by the virtual conference, the premier event of its kind in the world. The conference received about 1,100 paper submissions — only five were honored with awards.

The code used in the paper is available on the open source repository Github.