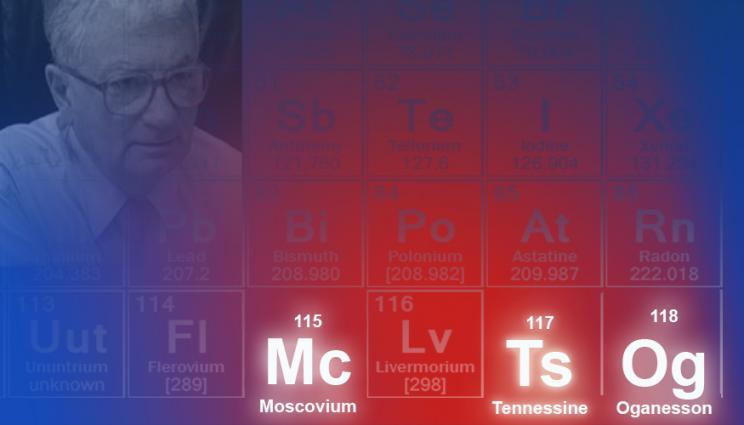 Lawrence Livermore National Laboratory scientists were part of an international team that discovered five new nuclei: U 218, Np 219, Bk 233, Am 223 and Am 229.

Lawrence Livermore scientists, in conjunction with international researchers, have discovered five new atomic nuclei to be added the chart of nuclides.

The study, conducted this fall, focuses on developing new methods of synthesis for super heavy elements. The newly discovered, exotic nuclei are one isotope each of heavy elements berkelium, neptunium and uranium and two isotopes of the element americium.

Other participants include scientists from Manipal University, India; GSI-Giessen, Germany; Justus Liebig University Giessen, Germany; Japan Atomic Energy Agency; and the joint Institute for Nuclear Research in Russia. The results are published in the journal Physics Letters B. The Lab’s Dawn Shaughnessy, Ken Moody, Roger Henderson and Mark Stoyer participated in the experiments.

Every chemical element comes in the form of different isotopes. These isotopes are distinguished from one another by the number of neutrons in the nucleus, and thus by their mass. The newly discovered isotopes have fewer neutrons and are lighter than the previously known isotopes of the respective elements.

To date, the known Periodic Table comprises more than 3,000 isotopes of 114 confirmed chemical elements. According to scientific estimates, more than 4,000 additional, undiscovered isotopes also should exist. Due to their low number of neutrons, their structure is very exotic and therefore interesting for the development of theoretical models describing atomic nuclei.

"These results really push what we know about nuclear structure to the extreme, neutron-deficient end of the chart of the nuclides," Shaughnessy said. "When you realize that naturally occurring uranium has 146 neutrons and this new isotope only has 124 neutrons, it shows how much more we still have yet to learn about nuclear structure and the forces that hold the nucleus together."

Apart from discoveries themselves, the discovery is the first proof of the new technique for production of these exotic nuclides.

For the experiment, the scientists shot at a 300-nanometer-thick foil of curium with accelerated calcium nuclei. In the collisions studied, the atomic nuclei of the two elements touched and formed a compound system for an extremely short time.

Before the compound system could break apart again, after about a sextillionth of a second, the two nuclei involved exchanged a number of their nuclear building-blocks — protons and neutrons. Different isotopes formed as the end products of this exchange.

The isotopes of berkelium, neptunium, uranium and americium discovered were created as the end products of such collisions. They are unstable and decay after a few milliseconds or seconds, depending on the isotope. All of the resulting decay products can be separated and analyzed using special filters composed of electrical and magnetic fields. The scientists used all of the decay products detected to identify the new isotope that has been created.

The current experiments will make it possible to explore previously unknown areas on the isotope chart. The elements 107 to 112 were discovered using the same experimental facility at GSI.