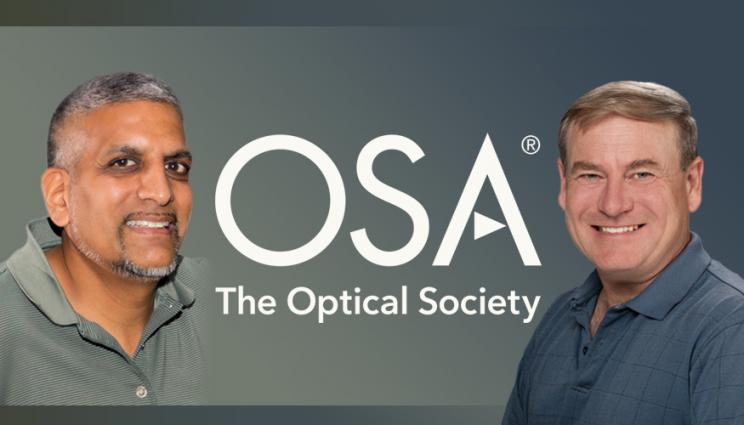 Lawrence Livermore National Laboratory researchers Tayyab Suratwala and Jay Dawson have been named fellows by The Optical Society of America (OSA), a distinction awarded to OSA members for their significant contributions to the advancement of optics and photonics.

Lawrence Livermore National Laboratory (LLNL) researchers Jay Dawson and Tayyab Suratwala have been named Fellows by The Optical Society of America (OSA), a distinction awarded to OSA members for their significant contributions to the advancement of optics and photonics.

Dawson was cited for "leadership, innovations and contributions to the understanding of fiber laser power scaling limits, development of spectrally selective fiber waveguiding structures for Nd3+ fibers and lasers for future accelerators."

Dawson is the acting program director for the Department of Defense Technologies (DoDT) Program within the NIF & Photon Science (NIF&PS) directorate. Prior to assuming this role, Dawson was the deputy program director of the DoDT Program for four years. Prior to that he led several fiber laser projects at LLNL since 2002, including a strategic initiative in scaling the output power of fiber lasers, a DARPA-funded project to investigate beam combination of pulsed fiber lasers, a fiber-laser-based guide star and a short-pulse injection seed laser developed to enable NIF beamlines to produce high-energy petawatt pulses at the system output. He also led an internal team studying fiber laser power and energy scaling, developing a methodology for evaluating the power scaling limits of conventional fiber lasers.

He received a bachelor's degree in physics from Carnegie Mellon University and a Ph.D. in applied physics from the California Institute of Technology. His current research interests are in using lasers and laser-based systems to provide solutions for pressing national security problems.

"I am humbled to be elected as a fellow of OSA," Dawson said. "I am grateful to both LLNL and its many talented people for the opportunity to participate in and contribute to a wide range of laser science and applications."

Suratwala has spent more than 20 years at LLNL and currently serves as the program director for Optics and Materials Science & Technology (OMST) in the NIF&PS directorate. He earned a bachelor's degree in ceramic engineering from the University of Illinois at Urbana-Champaign and a Ph.D. in materials science and engineering from the University of Arizona.

"I am truly honored to be elected as a fellow of OSA," Suratwala said. "I am fortunate and grateful for having the opportunity to work with such a great, talented LLNL team on challenging optic problems and novel optic technologies."