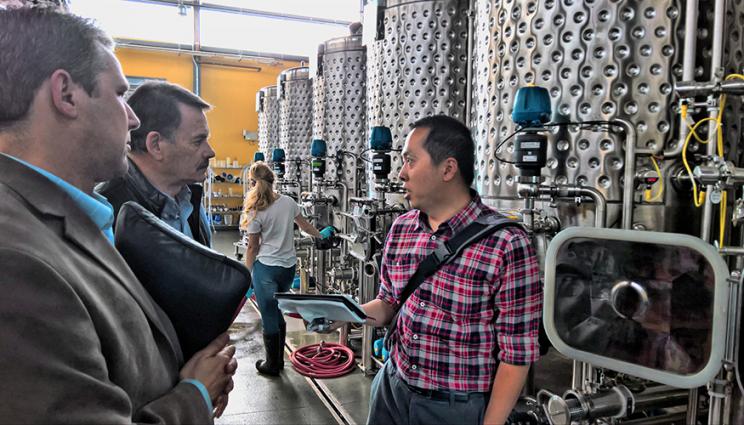 Sometimes a scientific breakthrough can end up in the most unexpected places. Just ask Congwang Ye, a Lawrence Livermore National Laboratory (LLNL) engineer whose work with carbon capture microcapsule technology, intended for filtering CO2 from power plants, could end up solving a big problem for craft beer makers.

In December, Ye participated in the Department of Energy’s Lab-Corps Pilot Program, an intensive eight-week entrepreneurial boot camp that teaches scientists and engineers the tricks of the trade for spinning out technology from LLNL to the marketplace. Part of the Lab-Corps curriculum requires participants to conduct 100 interviews with prospective customers to discover how to adapt technology to business.

With such a small window of time, Ye, the team’s principal investigator, needed something that could be marketed easily. The first idea was to replace the existing CO2 filters used in anesthesia machines, which got the team started. One interviewee even offered to place an order right away. However, Ye’s industrial mentor, Gerry Barañano, a veteran entrepreneur from Tech Futures Group, pointed out the limit of market size, so they quickly pivoted.

"We avoided spending weeks of time on something less meaningful because of his entrepreneurial instinct," Ye said. 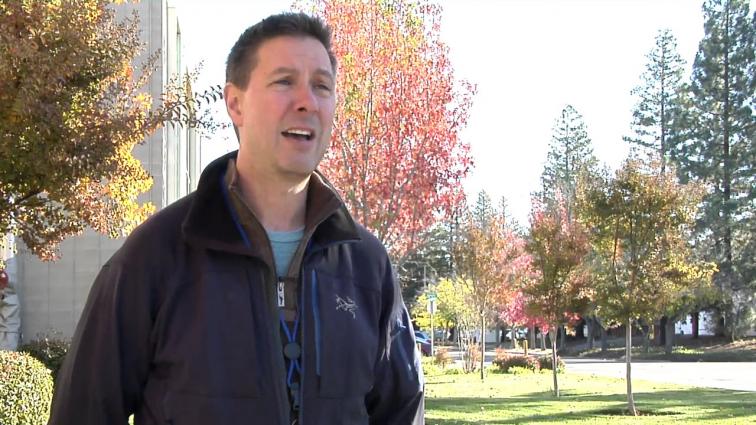 After considering several applications that might benefit from reusable microcapsules that can rapidly absorb CO2, including waste gasification, fertilizer production and deep-water diving, he didn’t have to go far to find the next promising lead. Lab-Corps happened to be held in Golden, Colorado, the home of Coors Brewing Company and part of the Denver metro area, which boasts more than 200 microbreweries.

The team’s entrepreneurial lead, Lionel Keene, an LLNL engineer who once founded his own software company, suggested contacting Coors, and the group talked their way into touring the facility, which they found had an aging CO2 reclamation system.

"Luck plays a big role in a lot of these things and frankly, we got lucky," Keene said. "We had a flexible product, so if one thing didn’t work out, we could find somewhere else where it might be useful. Sometimes it’s just a matter of talking to the right person."

In meeting with Coors and a local CO2 supplier, Ye and Keene learned that during the fermentation process, breweries produce about three times the amount of CO2 needed for carbonization and packaging. Coors, for example, generates roughly 300 million pounds of carbon dioxide per year during the fermentation steps, but only needs 80 million pounds, most of which is currently purchased through suppliers. Furthermore, typically 80 percent of the cost of purchasing CO2 comes in transportation. If breweries could capture and reuse CO2 using the microcapsules, Ye thought, they could be self-sustaining and sell the excess to other nearby consumers.

"We want to adapt this technology for capturing CO2 in breweries as a way to reduce CO2 emissions to the atmosphere and cut their purchase costs by up to 75 percent," Ye said. "It will be more environmentally friendly, and not only will it save on costs, but they also can create revenue by selling the excess."

But before working their way up to the big guys, Ye and Keene realized they would have to start out with small producers. They focused their attention on microbreweries, which generally can’t afford large commercial CO2 reclamation systems but produce enough carbon dioxide to make an impact. During the visits, they were amazed by pioneering ecosystems that also could benefit from a more efficient carbon capture technology. While in Colorado, they visited Upslope, a craft brewery that works with Boom Algae, an algae company, to capture CO2 for algae growth, that eventually converts into a green ink they use in menus and promotional literature.

The breweries were interested, but they didn’t like the idea of a large, monolithic system. Ye’s group presented a "propane tank model," a basic CO2 capturing system using barrels filled with millions of microcapsules that could absorb CO2 from the fermentation gas. In theory, Ye’s company -- with a working name of MECS (Micro-Encapsulated CO2 Sorbent) -- would provide the equipment at no cost upfront, the brewers would collect CO2 gas from the fermenters, fill the tanks and MECS would send trucks to pick them up. The captured CO2 would be reclaimed at a centralized hub, sold back to brewers at a big discount, and MECS would keep the surplus and sell it on the open commodities market. The idea could potentially save breweries tens of thousands of dollars a year, Keene said.

While applying for the DOE’s Technology Commercialization Fund, Ye is shopping the smaller-scale carbon capture technology around to craft breweries. He’s also in discussions with UC Davis, which has a pilot-scale winery and brewery, to install the system to prove the concept works. Ye also believes existing CO2 suppliers could be partners, instead of competitors.

"Their trucks need to come out to deliver CO2 anyway, and could easily swap our capture tanks in the same trip," Ye said. "Working with us means they would have an option to possess commodity, be less dependent on the major CO2 distributors and to expand their own business."

If it hadn’t been for Lab-Corps, Ye said he never would’ve thought about applying his technology to the beer industry. The experience, he said, taught him to think about how science can be practically applied to the marketplace, the importance of communicating with potential customers and how to work with seasoned mentors to come up with a plausible business plan.

"The point of Lab-Corps is to take lab technology and think outside the box," Ye said. "When we get to talk to the real consumers, they tell us something else they care about, and it opens your mind to things you wouldn’t have thought of in the lab. You find out their actual needs, and it makes your proposal more powerful. Lab-Corps has helped personally to develop the skills to talk to strangers and find information from the conversations. The experience helped me think about the technology and how to adapt it for what people actually want."

Ten LLNL scientists and engineers have reaped the benefit of applying entrepreneurial skills and market discovery practices to their scientific projects. The next call for applications will be released in the spring for teams to participate in the program in early fall. For more information, contact farquar3 [at] llnl.gov (Hannah Farquar.)