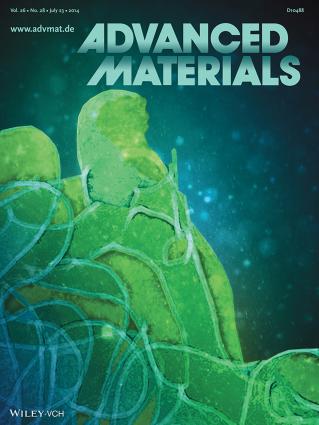 Lawrence Livermore National Laboratory researchers have made a material that is 10 times stronger and stiffer than traditional aerogels of the same density, which is detailed in a featured story appearing on the cover of Advanced Materials.

It's nanotubular: New material could be used for energy storage and conversion

Lawrence Livermore researchers have made a material that is 10 times stronger and stiffer than traditional aerogels of the same density.

Unlocking the full potential of these materials, however, requires realization of mechanically robust architectures with deterministic control over form, cell size, density and composition, which is difficult to achieve by traditional chemical synthesis methods, according to LLNL's Monika Biener, lead author of a paper appearing on the cover of the July 23 issue of Advanced Materials.

"The materials are thermally stable and, by virtue of their narrow unimodal pore size distributions and their thin-walled, interconnected tubular architecture, about 10 times stronger and stiffer than traditional aerogels of the same density," Biener said.

The paper titled "Ultra-Strong and Low-Density Nanotubular Bulk Materials with Tunable Feature Size" can be found on the Web.