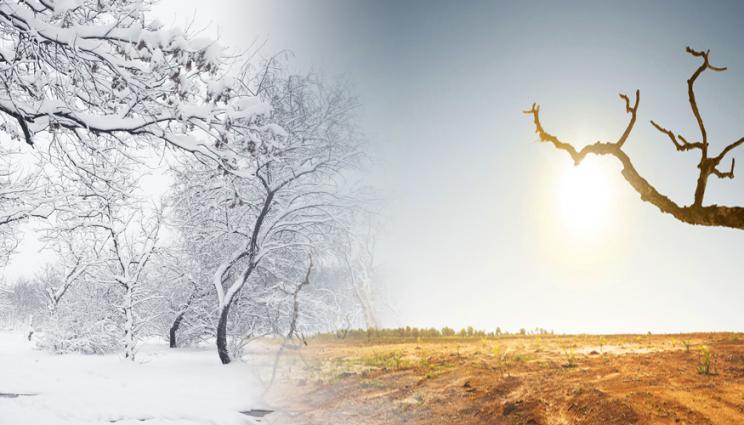 Laboratory scientists have found that mid-latitude regions of Northern Hemisphere continents have a large seasonal cycle of atmospheric temperature, with frigid winters and hot summers. Satellite temperature data are consistent with models that project that this seasonal ‘heartbeat’ is becoming stronger with human emissions of carbon dioxide.

For the first time, scientists from Lawrence Livermore National Laboratory (LLNL) and five other organizations have shown that human influences significantly impact the size of the seasonal cycle of temperature in the lowest layer of the atmosphere.

To demonstrate this, they applied a so-called "fingerprint" technique. Fingerprinting seeks to separate human and natural influences on climate. It relies on patterns of climate change -- typically patterns that are averaged over years or decades. But in the new research appearing in the July 20 edition of the journal Science, the team studied seasonal behavior, and found that human-caused warming has significantly affected the seasonal temperature cycle.

The researchers focused on the troposphere, which extends from the surface to roughly 16 kilometers in the atmosphere at the tropics and 13 kilometers at the poles. They considered changes over time in the size of the seasonal cycle of tropospheric temperature at different locations on the Earth’s surface. This pattern provides information on temperature contrasts between the warmest and coldest months of the year. 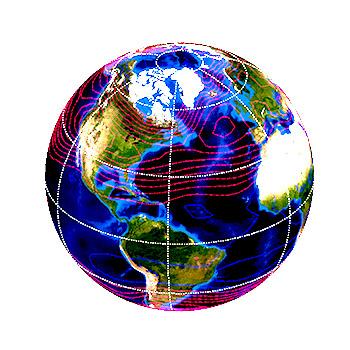 Away from the moderating effects of oceans, mid-latitude regions of Northern Hemisphere continents have a large seasonal cycle of atmospheric temperature, with frigid winters and hot summers. Satellite temperature data are consistent with models that project that this seasonal "heartbeat" is becoming stronger with human emissions of carbon dioxide.

Other features common to the observations and model simulations are small changes in the tropical seasonal temperature cycle, and a decrease in the size of the seasonal cycle in the Antarctic region.

Earth’s climate is simultaneously affected by different external and internal factors. Examples of external influences are natural changes in the sun’s energy output and human-caused increases in atmospheric concentrations of greenhouse gases. Internal influences include a wide range of natural cycles, such as the El Niño/Southern Oscillation and the Interdecadal Pacific Oscillation. Variations in these and many other internal and external factors have driven changes in historical climate.

Since the inception of climate fingerprint research in the late 1970s, scientists have used pattern recognition methods to detect unusually large changes in climate and to attribute these changes to different external influences. Initial studies concentrated on surface and atmospheric temperature. Later fingerprint research considered changes in a wide range of variables, including ocean heat content, the hydrological cycle, atmospheric circulation, sea ice extent and the behavior of extreme events.

In the new research, the team examined model simulations driven by historical changes in human factors. A prominent feature of these simulations is that at mid-latitudes, the size of the seasonal temperature cycle increases markedly. This increase results from larger warming in each hemisphere’s summer season. In turn, larger mid-latitude summer warming appears to be partly due to summer drying of the land surface.

Because of differences in the heat capacity of land and ocean, and because there is substantially more land in the Northern Hemisphere, mid-latitude increases in the seasonal temperature cycle are larger in the Northern than in the Southern Hemisphere. Similar large-scale patterns of seasonal cycle change occur in satellite tropospheric temperature data. The "pattern match" between the human influence fingerprint and the satellite patterns of seasonal cycle change was highly significant. The match was unlikely to be due to natural internal climate variability.

The satellite tropospheric temperature data used in the Science paper show global-mean annual average warming of roughly 1.25 degrees Farenheit from 1979 to 2016. The causes of this annual average warming signal have been the subject of many previous studies. But until the new research was conducted, no formal fingerprint study had been performed with the changing seasonal cycle of tropospheric temperature.

Other Livermore researchers include Stephen Po-Chedley, Mark Zelinka, Ivana Cvijanovic, Céline Bonfils, Paul Durack, Jeffrey Painter and Giuliana Pallotta. The paper was a collaboration with Qiang Fu at the University of Washington, Jeffrey Kiehl at UC Santa Cruz, Carl Mears and Frank Wentz at Remote Sensing Systems in Santa Rosa, Susan Solomon at the Massachusetts Institute of Technology and Cheng-Zhi Zou at the National Oceanic and Atmospheric Administration.