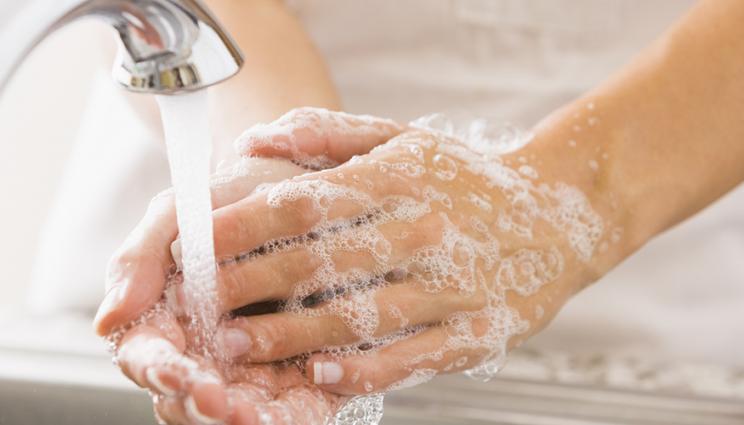 Research by Lawrence Livermore scientists shows that exposure to antibacterial chemicals common in personal care products such as soap and lotions can transfer from mother to offspring and cause adverse effects.

Lawrence Livermore National Laboratory (LLNL) scientists have discovered that exposure to environmental levels of triclocarban (TCC), an antibacterial chemical common in personal care products like soaps and lotions as well as in the medical field, can transfer from mother to offspring and interfere with lipid metabolism.

Ultimately, the findings could have implications for human health. The research appears in the Aug. 9 edition of PLOS ONE.

This study represents the first report to quantify the transfer of an environmentally relevant concentration of TCC from mother to offspring. TCC is among the top 10 most commonly detected wastewater contaminants in concentration and frequency.

Lipids are naturally occurring molecules that include fats, waxes, fat-soluble vitamins, monoglycerides, diglycerides, triglycerides and others. The main biological function of lipids is storing energy and signaling, and acting as structural components of cell membranes.

"Our results are significant because of the potential risk of exposure to TCC through contaminated water sources and in the living environment, and the potential adverse effects resulting from this exposure during development," said LLNL biologist Heather Enright, the lead author of the paper. "Early life exposure to TCC has the potential to cause irreversible outcomes due to the fragile nature of organ systems and protective mechanisms in developing offspring."

The team studied mice during gestation and lactation to see if, in fact, exposure to TCC would transfer from mother to offspring. Researchers administered TCC laced with carbon-14 to trace how the contaminant distributed in organ systems of female mice and exposed offspring.

Using accelerator mass spectrometry (AMS), Enright and her colleagues quantified TCC concentrations in offspring and their mothers after exposure. AMS fills a special niche in the biomedical field because it can measure very low concentrations of compounds with extreme accuracy and track bio-distribution and excretion over long periods of time.

"We demonstrated that TCC does effectively transfer from mother to offspring, both trans-placentally and via lactation," Enright said. "Exposure to TCC during development may pose a serious health risk to the developing embryo and fetus, as they are more sensitive to alterations in hormone levels, which may result in changes that often are irreversible."

TCC-related compounds were detected in the tissues of offspring with significantly higher concentrations in the brain, heart and fat. In addition to the transfer from mother to offspring, exposed offspring were heavier in weight than unexposed mice -- demonstrating an 11 percent and 8.5 percent increase in body weight for females and males, respectively.

Quantitative real-time polymerase chain reaction (qPCR) was used in the study to examine changes in gene expression in liver and adipose tissue in the exposed offspring. The results suggested alterations in genes involved in lipid metabolism in exposed female offspring were consistent with the observed increase in fat weights and hepatic triglycerides.