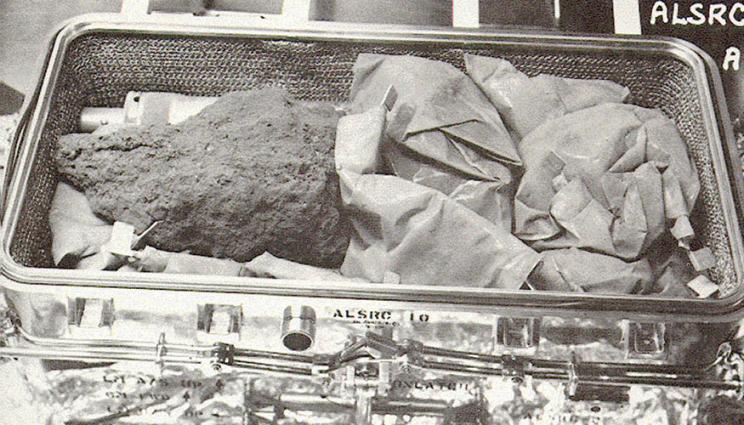 One of the Apollo 16 sample boxes is opened in the Lunar Receiving Laboratory on Earth. The box contains a large rock and many small sample bags. Image courtesy of NASA/Johnson Space Center.

Nearly 50 years ago, some very special materials were transported from outer space to Earth — unopened lunar treasures rocketed back by Apollo moonwalkers between 1971 and 1972.

Nine "special samples" were collected in containers during the Apollo 15, 16 and 17 missions that had indium knife-edge seals to maintain a lunar-like vacuum. Apollo mission planners devised these special sample containment systems in an attempt to meticulously preserve fragile and transitory sample characteristics (e.g., solar wind volatiles, volatile coatings). Three of these "special" samples have remained sealed in their original Apollo containers until today.

Lawrence Livermore National Laboratory cosmochemists will analyze the Apollo 17 samples to study the geologic history of the site where the rocks were collected, a cold trap where water may have been able to freeze. This marks the first time such a sample will be studied in detail since the end of the Apollo program.

"Since the Apollo missions, science has advanced, so that the importance of volatiles on the moon has become increasingly recognized.  Furthermore, the advance in analytical capability over the past 50 years will allow modern investigators to make measurements that were impossible during the Apollo missions," said cosmochemist Lars Borg, who will head the LLNL team. 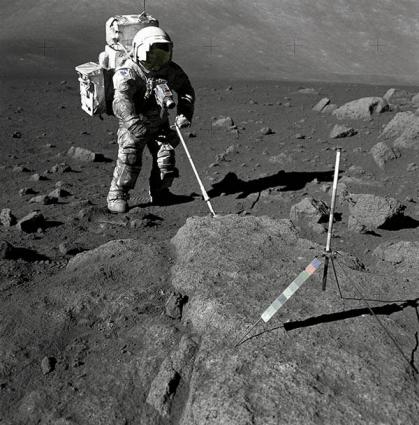 A new NASA program — the Apollo Next Generation Sample Analysis (ANGSA) — has selected nine teams to continue the science legacy of the Apollo missions by studying pieces of the moon that have been carefully stored and untouched for nearly 50 years. LLNL is part of the University of New Mexico team of scientists that will look at the vacuum-sealed samples to study both the volatile element record and the geologic history of the Apollo 17 site.

The ANGSA teams were selected by NASA’s Planetary Science Division and will be funded by the space agency’s Lunar Discovery and Exploration Program. The goal of the ANGSA program is to maximize the science derived from samples returned by the Apollo program in preparation for future lunar missions anticipated in the 2020s and beyond.

LLNL will conduct noble gas measurements, major and trace element analyses and chronology on the large clasts. Specifically, they will look at how the isotopic composition of noble gases are modified by meteorite impacts on the regolith, define the source of hydrogen in hydrogen-bearing minerals in the regolith, and investigate the origin of meteorites that impacted the lunar surface through its history. The group also will determine the ages of samples in the regolith using a variety of dating techniques to better understand the timing of crust formation on the moon.

"By studying these untouched samples, we’ll gain a new understanding of the moon, its origins and geologic evolution," Borg said.

The LLNL team consists of Borg, Bill Cassata, Amy Gaffney, Josh Wimpenny, Thomas Kruijer, Corliss Sio and Naomi Marks. They will be joined by groups of researchers from two NASA centers, the European Space Agency and seven universities. Apollo 17 astronaut and geologist Harrison "Jack" Schmitt, who collected samples at the Apollo 17 site, is on the LLNL team and will work to establish geologic context. 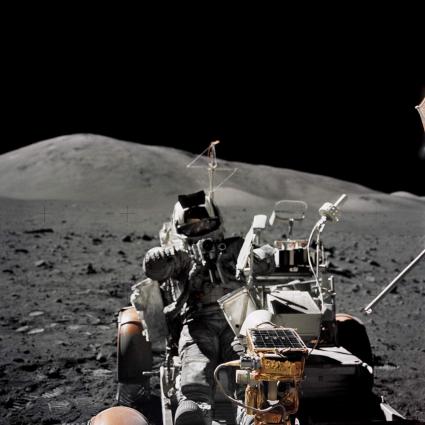 The samples won’t be opened right away. First, the teams will work together and with the curation staff at NASA Johnson Space Center to determine the best way to open the samples to avoid contaminating them and maximize the science to be gained.

Examination will likely begin with scanning the tubes using X-rays and then extracting the gasses held in the head and pore spaces. The LLNL team will help characterize the samples and prepare a sample catalog so other lunar scientists, not affiliated with ANGSA, can eventually request samples for specific analyses.

"These samples represent the first major suite of lunar samples to be analyzed since the end of the Apollo program, and are likely to significantly change the way we think about the moon," Borg said.

Apollo Next Generation Sample Analysis
Apollo 17
NASA Planetary Science
The exploration of the moon: a history