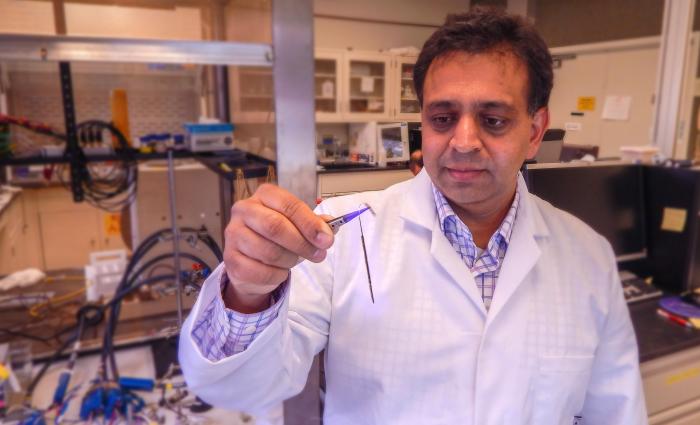 Known as Hand Proprioception and Touch Interfaces (HAPTIX), the program seeks to provide wounded service members with dexterous control over advanced prosthetic devices that substitute for amputated hands. If successful, HAPTIX intends to give patients the psychological benefit of having natural sensation in their prosthetic hands and reduction of "phantom limb" pain, a sensation some amputees can feel despite the removal of a limb.

"The HAPTIX project intends to achieve a phenomenal breakthrough in prosthetics never thought possible," LLNL’s project leader Sat Pannu said. "Its neural system intends to re-create a range of functions, including a real feeling of touch when holding another person’s hand." 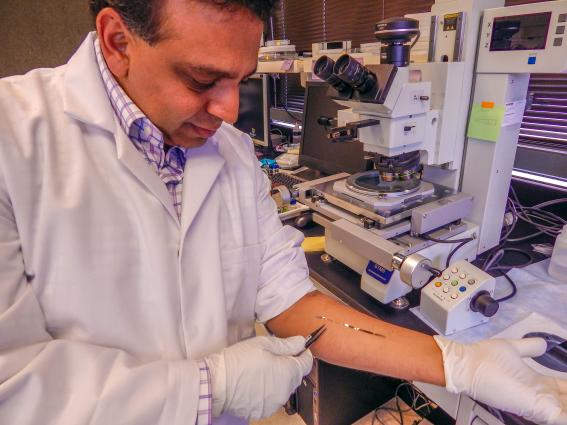 For these neural interface systems, LLNL intends to further develop the advanced prosthetic limb systems developed under DARPA’s Revolutionizing Prosthetics and Reliable Neural-Interface Technology (RE-NET) programs, which has made major steps forward in providing a direct and powerful link between user intent and prosthesis control.

The HAPTIX program intends to incorporate sensors that provide tactile and proprioceptive feedback to the patient from their hands, delivered through a patterned stimulation of sensory pathways in peripheral nerves.

The Revolutionizing Prosthetics and RE-NET programs, combined with the neural interface systems, intends to allow users to control prosthetic hand movements with their thoughts and have natural sensations. That means the bionic hand would be able to perform movements of a human hand and experience pressure, touch and texture.

One of HAPTIX’s key challenges is identifying stimulation patterning strategies that elicit naturalistic sensations of touch and movement. The ultimate goal is to create a fully implantable device that is safe, reliable, effective and approved for human use.

Pannu and his team of engineers are developing wireless electronic packages for HAPTIX called smart packages. These packages would contain electronics that record and stimulate the peripheral nervous system to control movement and sensation in a patient’s prosthetic hand.

Smart packages intend to be designed to miniaturize electronics normally the size of a third of a cell phone into a package the size of a watch battery. The electronics would be made of ceramics and titanium, biocompatible materials that would seal the package tightly, preventing components from leaking into nerves or human tissue from entering the package.

"The packages have to be really small, so they don’t put any weight or pressure on the nerves," said Pannu, adding that the smart packages need to bond with the electrodes to function. "We don’t want to damage the nerves."

The Neural Tech Group also is collaborating with Medtronic and Ardiem Medical. Some collaborators plan to develop the electrode arrays for sensation and muscle control, while others aim to validate and characterize it.