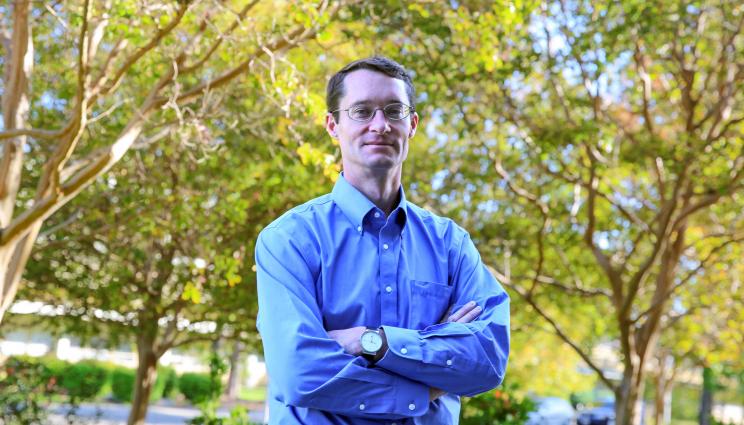 The annual award is presented by AIP (American Institute of Physics) Publishing, in collaboration with the American Physical Society (APS) Division of Plasma Physics, to recognize outstanding plasma physics research by an author published in the journal Physics of Plasmas.

The Physics of Plasmas editorial board selected Clark from among "the most highly cited and top downloaded articles from Physics of Plasmas during the past five years." His paper, "Detailed Implosion Modeling of Deuterium-Tritium Layered Experiments on the National Ignition Facility," reported state-of-the-art, high-resolution 3D modeling of National Ignition Campaign implosions that continues to guide implosion design today, with its detailed incorporation of all known sources of hydrodynamic perturbation and drive asymmetry.

The scientific challenge of nuclear fusion ignition within the laboratory was "irresistible" for Clark, who joined LLNL straight out of graduate school. "The paper was written at the beginning of the National Ignition Campaign, and things weren’t going as expected," Clark said. "It was an attempt to see if we could explain what was happening."

The work described in the paper didn’t successfully model the data, but it led to the development of models with a predictive capability that Clark and colleagues published in two subsequent papers: "Radiation Hydrodynamics Modeling of the Highest Compression Inertial Confinement Fusion Ignition Experiment From the National Ignition Campaign" and "Three-Dimensional Simulations of Low-Foot and High-Foot Implosion Experiments on the National Ignition Facility."

"We were advancing the frontier in modeling and in how we understood these implosions," Clark said, explaining that the model has "continued to evolve," improving in fidelity as researchers add in more effects.

Clark said he was surprised when he got the call about the award, describing Ronald Davidson as a "titan of plasma physics," who he had the privilege to learn from in graduate school. "It’s awesome to get recognized by something that bears his name," said Clark, who has agreed to write a prospectus article for Physics of Plasmas.

The award, which includes a cash prize of $5,000, was presented to Clark on Nov. 5 during the Physics of Plasmas reception at the APS Division of Plasma Physics Meeting in Portland, Oregon, held in honor of the authors and invited speakers.