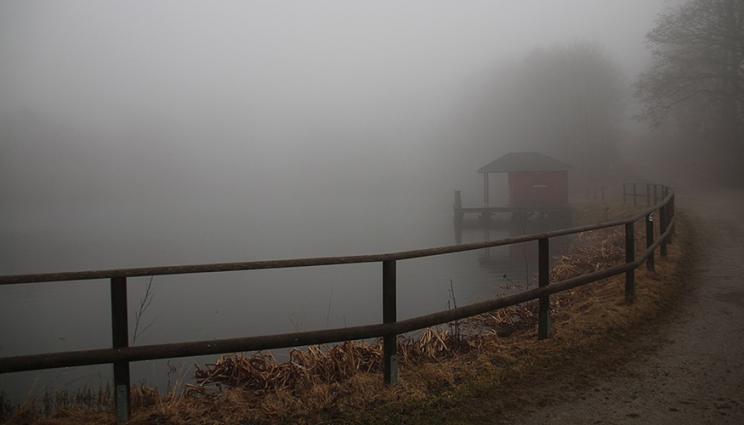 LLNL scientists have found that drizzle rates can lead to more pollution in the atmosphere.

Scientists from Lawrence Livermore National Laboratory (LLNL), Scripps Institution of Oceanography and international collaborators have shown that an improved representation of drizzle rates leads to more pollution in the atmosphere. The research appears in Nature Geoscience.

Atmospheric aerosols are of great climatic and environmental importance due to their effects on the Earth’s radiative energy balance and air quality. Aerosol concentrations are strongly influenced by rainfall through wet removal processes. In general, light rainfall is more effective at removing pollutants from the atmosphere than heavy rain. Global and regional climate models have been used to quantify potential impacts of aerosol concentrations on climate. However, most current climate models tend to produce too much light rain and too little heavy rain, which, in turn, underestimates the effects of aerosols on the climate.

The team showed that rainfall intensity has profound impacts on aerosol mass (known as the aerosol burden), and light rain has a disproportionate control on it. By improving the representation of convection, the light rain frequency in two state-of-the-art global climate models -- the Department of Energy (DOE)’s Energy Exascale Earth System Model (E3SM) version1 and the National Science Foundation (NSF)/DOE’s Community Atmosphere Model version 5 (CAM5) -- is reduced. As a result, the aerosol burden is increased globally, especially over the tropics and subtropics in tropical rain belts.

The increased aerosols in the air would lead to more adverse effects on human health. Long-term exposure to particulate matters can elevate the risks of cardiovascular and respiratory diseases, resulting in premature death, according to the U.S. Environmental Protection Agency.

“The current models are too effective at washing out pollutants because they include too much light rain,” said Shaocheng Xie, one of the LLNL authors.

“These new results help us understand the nature of aerosol wet removal by rainfall that is critical to aerosol-climate interaction and its impact on climate,” said Guang Zhang of Scripps Institution of Oceanography, the corresponding author of the study who organized the research.

Other Livermore researchers include Qi Tang and His-Yen Ma. The Livermore portion of the research was funded by DOE’s E3SM project and the Cloud-Associated Parameterizations Testbed (CAPT) project.