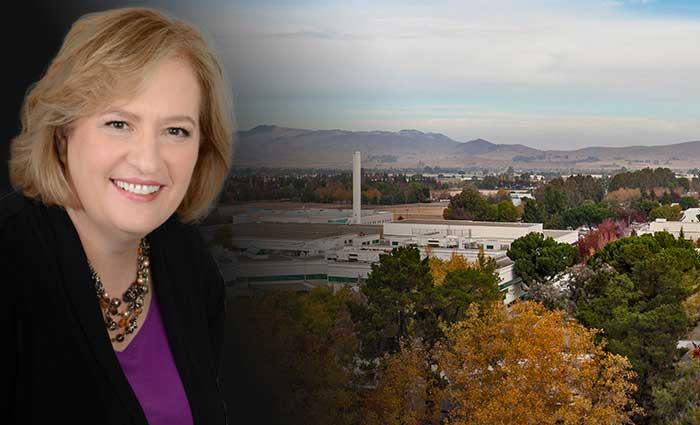 Falcone will join the Lab on April 7.

"Falcone’s proven leadership and expertise in national and international security matters, combined with her commitment to and experience in sustaining and developing science, technology and engineering excellence for critical national missions, were prominent among many factors in her selection," said Lab Director Bill Goldstein.

"Dr. Falcone’s breadth and depth of knowledge, her terrific contacts across the defense and intelligence communities and her superb judgment all contributed to an outstanding performance in her leadership of national-security science and technology for the White House," said John Holdren, OSTP director and science and technology adviser to the president.

While at Sandia, Falcone served in a variety of technical and management positions and was named a distinguished member of the technical staff in 1989. Falcone has a bachelor of science in engineering in aerospace and mechanical sciences from Princeton University and earned both a master of science and doctorate degrees in mechanical engineering from Stanford University. Throughout her career, Falcone has worked with Lawrence Livermore and arrives with deep knowledge of the National Nuclear Security Administration and its laboratories.

As a member of the LLNL senior management team, Falcone will serve as the principal advocate and champion of the Laboratory’s science and technology base and oversee the strategic development of its capabilities. She will be responsible for the Laboratory's portfolio of world-class science, technology and engineering (ST&E) activities, collaborative research with academia and the private sector, the Institutional ST&E Roadmap and the internal investment portfolio, including the Laboratory Directed Research and Development Program.