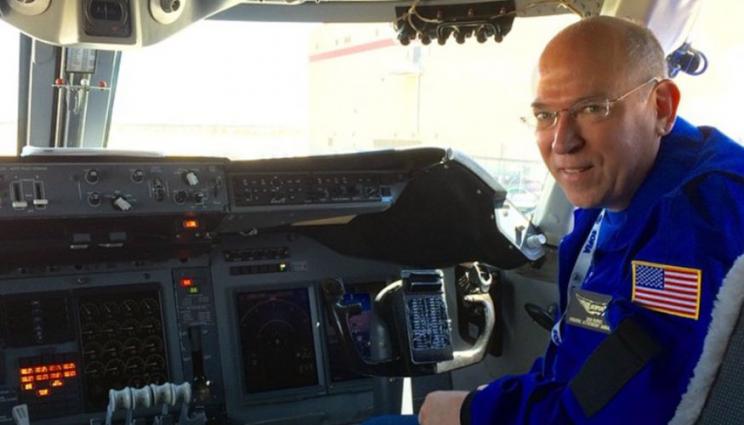 Dan Burns, a science teacher at Los Gatos High School, was selected for NASA’s SOFIA Airborne Astronomy Ambassador Program for educators. Here he is in the cockpit of NASA's SOFIA infrared observatory.

Teacher ventures into the stratosphere

Dan Burns, a science teacher at Los Gatos High School, is one teacher who takes experiential learning to a whole new level. While most teachers spend their summer taking a break or going on vacation, Burns started his off with the SOFIA Airborne Astronomy Ambassador program aboard a Boeing 747 jumbo jet with NASA’s SOFIA (stratospheric observatory for infrared astronomy) infrared observatory.

In addition to Burns’ day job as a science teacher at Los Gatos High School, Burns also instructs teachers in the Lawrence Livermore National Laboratory (LLNL) Fusion and Astrophysics Research Academy each summer. Earlier this year, he co-presented a Science on Saturday presentation with LLNL scientist Artie Rodgers about "Computer Simulations of Earthquakes in the San Francisco Bay Area." 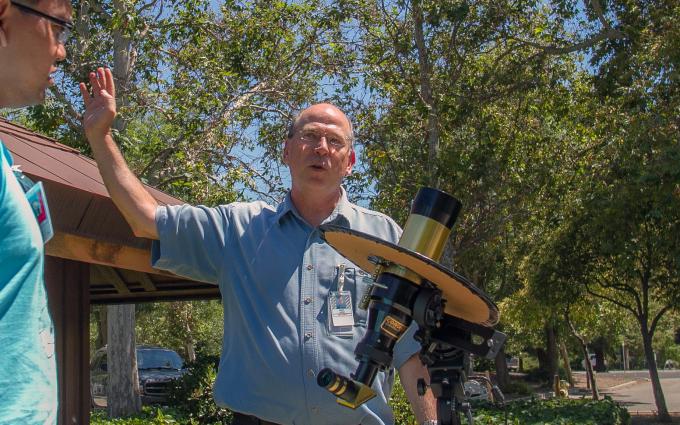 Being selected for NASA’s SOFIA Airborne Astronomy Ambassador Program for educators is no easy feat. Burns applied as a team with Foothill College physics professor David Marasco more than two years ago. They were two out of 28 SOFIA Airborne Astronomy Ambassadors (AAAs) selected based on an extensive application process that focused on their plans for educational outreach and how they planned to share their experience with a broad audience.

"Just the fact that we were selected, was exciting in itself," said Burns. "Once we were selected and media coverage ensued, I got a lot of attention at school and at home. People are very excited about NASA and what they do," he said.

The SOFIA Science Center is based out of the NASA Ames Research Center in Mountain View, but the observatory itself is stationed in the Southern California city of Palmdale.

Prior to going up in the air, they each participated in webinars conducted by astronomers and engineers associated with the program and took an online college astronomy class. "This was a great experience because we interacted in the discussion forum, learning a lot from each other," said Burns. "Things got real exciting after we were informed that we were to fly June 2 and 4."

When they arrived in Palmdale just before their flight, they met their SOFIA AAA escort, astronomer Dana Backman. "Dana spent almost every waking hour with us," said Burns. "It was fantastic to have someone so knowledgeable and willing to share his time and expertise with us throughout the day and all night on SOFIA," he said.

After an initial tour of the hangar and a walkthrough of the aircraft, they had to complete egress training and participate in the mission briefing. After that, it was "go time."

"During the flight we monitored the operations of the telescope and plane and the observations by the telescope on our own consoles," said Burns. "We could walk around the plane and talk to everyone involved. They were very happy to explain what they were doing in the stratosphere with a telescope and what they hope to find using an infrared telescope. We also took turns sitting in the cockpit and also conducted our own experiments." 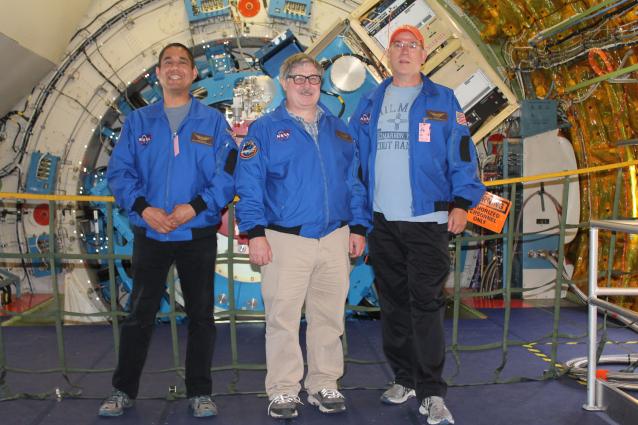 Burns’ main goal in participating in the program was to take what he learned from the experience and share it with others through various educational outreach venues, passing his knowledge on through events such as Science on Saturday and directly to his high school students and science teachers through the Teacher Research Academy (TRA). Burns and Marasco also plan to produce a video for teachers describing their experiments, such as measuring the acceleration of SOFIA during takeoff and landing, measuring the background radiation as they climbed to 43,000 feet, and measuring the strength of gravity on the ground and at 43,000 feet.

At Los Gatos High School, Burns teaches a 10-week astronomy unit in his Earth/Space Science class and frequently uses astrophysical phenomena as examples in his physics classes. "All the aspects of the SOFIA AAA program will enrich these classes," Burns said. "The fact that I directly participated in SOFIA missions will add credibility to my teaching and allow me to share personal experiences that can engage students with the content."

Burns recently applied his experience to this summer’s Fusion and Astrophysics Teacher Research Academy. "We spent a good deal of time on infrared radiation, infrared astronomy and what can be learned about astronomical objects from them," said Burns. "My experience as a SOFIA AAA helped me add to and improve these aspects of the TRA."

This experience elevated Burns to almost a rock star status. "Even though I did not go into space, people treat me like I am an astronaut," said Burns. "It doesn't change after I tell them the stratosphere is not space. I am incredibly fortunate. I love high-tech science, talking with scientists and interacting with other science educators. I was able to get a lot of all three as a SOFIA AAA."

#ShutdownSTEM an opportunity to reflect on ending racism