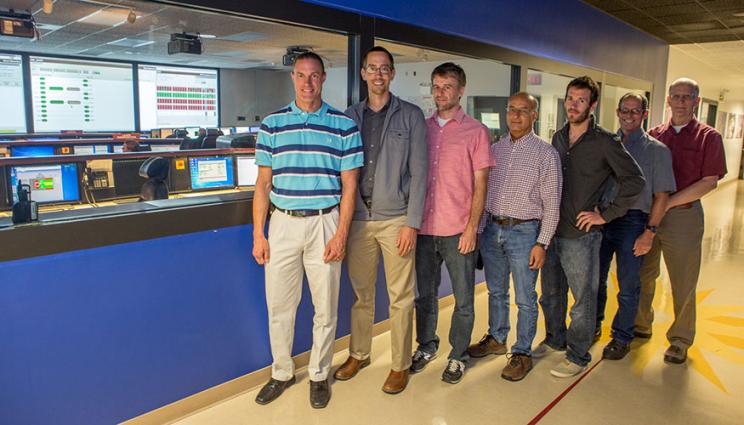 A National Ignition Facility (NIF) experimental campaign may have unlocked scientific secrets behind how hydrogen becomes metallic at high pressure.

"Hydrogen properties are still puzzling," said Lawrence Livermore National Laboratory (LLNL) physicist Marius Millot. "In particular, back in 1935, it was predicted that hydrogen should become metallic at sufficiently high pressure. But, using static compression, our colleagues have yet to find clear evidence for metallization at room temperature."

In previous studies spanning a decade at the OMEGA Laser Facility at the University of Rochester, the team probed shock-compressed hydrogen properties at temperatures ranging from 3,000 to 50,000 Kelvin to reveal the role of temperature in hydrogen molecule dissociation and the progressive metallization in the warm dense fluid.

In addition, the researchers learned that most advanced numerical methods fail to accurately compute the properties of warm dense hydrogen at those conditions. In particular, the many different numerical methods disagree regarding the existence of a sharp phase transition between the molecular insulating fluid and a metallic atomic fluid near one to three megabar (one to three million atmospheres of pressure) and 1,000 to 2,500 degrees Kelvin. 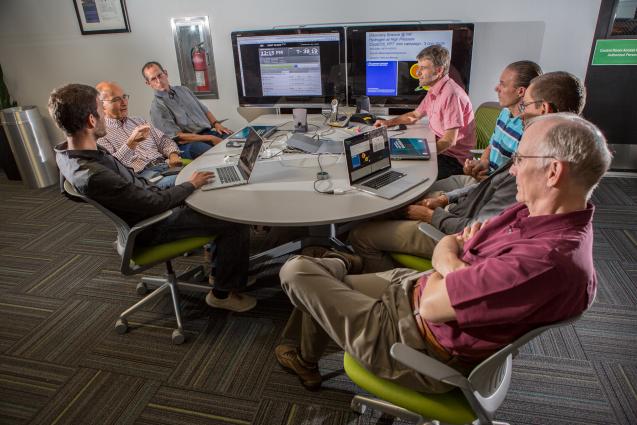 In a four-shot mini-campaign—one shot in July and three in mid-September — researchers from LLNL, the University of California, Berkeley, Carnegie Institution for Science, the French Alternative Energies and Atomic Energy Commission and the University of Edinburgh explored another approach to search for this predicted phase transition, called the plasma phase transition. They used NIF to launch a series of small laser-driven shocks of increasing strength to explore hydrogen’s high density fluid regime, reaching pressures of about three megabar, and were able to document changes in the hydrogen optical properties.

"It is amazing that NIF can explore compression paths leading toward ignition and the fundamental properties associated with both the molecular-to-atomic and insulator-to-metal transitions in hydrogen," LLNL physicist Rip Collins said.

The hydrogen campaign should help benchmark the numerical methods. As the researchers examine the data from the campaign, they hope to determine the pressure and temperature at which this transition occurs. In addition, the team will compare its new data with the numerical calculations, results from static compression and recent results obtained on the Z Machine at Sandia National Laboratories in a similar configuration.

"As we explore a totally new region of the pressure-temperature phase diagram, our data could have an important impact for basic condensed matter theory and numerical methods," Millot said. "In addition, our work has implications for gaining a better understanding of gas giant planets and exoplanets."

According to Millot, Jupiter, Saturn and their extrasolar "cousins" are mostly made of hydrogen and helium. Despite this apparent simplicity in contrast to the highly complex mineralogy inside rocky planets, the internal structure of Jupiter and Saturn remain mysterious. In particular, scientists have postulated that hydrogen and helium, which are dense fluids inside these planets, could separate much like oil and water when hydrogen becomes metallic. If this does occur, it could strongly modify their internal structure and how they evolved over the past 4.5 billion years.

"Learning the details of the metallization and which numerical method captures the real behavior of hydrogen near the transition could help us understand the hydrogen-helium demixing question," Millot said.

In addition to the researchers, the campaign was supported by a large team including target fabrication and NIF engineers, technicians and staff.