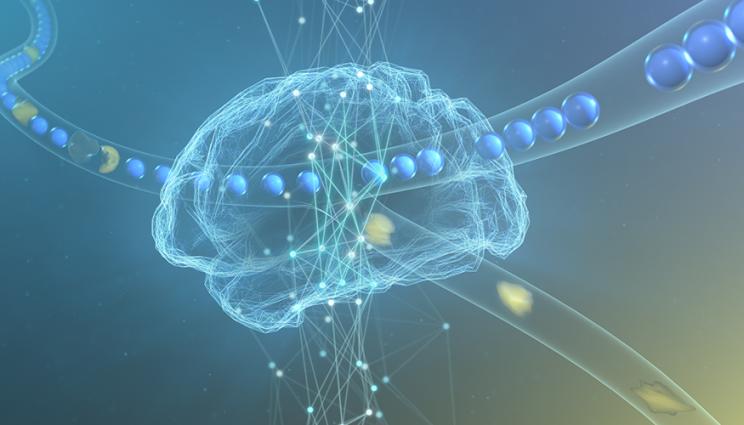 Lawrence Livermore National Laboratory scientists have discovered they can use machine learning to automate microencapsulation quality control in real-time, devising an algorithm to determine “good” capsules from “bad” and developing a valve-based mechanism that can sort them without human intervention. Illustration by Jacob Long/LLNL

Micro-Encapsulated CO2 Sorbents (MECS) — tiny, reusable capsules full of a sodium carbonate solution that can absorb carbon dioxide from the air — are a promising technology for capturing carbon from the atmosphere. To create the caviar-like objects, scientists run three fluids through a series of microfluidic components to create drops that turn into capsules when exposed to ultraviolet light downstream. However, fluid properties and flow rates can change during experiments. These changes can lead to capsules that are defective, improperly-sized or otherwise unusable, resulting in device clogging, contaminated samples and wasted time.

To date, this process of creating microcapsules has required constant monitoring, a mundane task for operators. But Lawrence Livermore National Laboratory (LLNL) scientists have discovered they can use machine learning to automate microencapsulation quality control in real-time, devising an algorithm to determine "good" capsules from "bad" and developing a valve-based mechanism that can sort them without human intervention. The research was published April 15 in the journal Lab on a Chip.

LLNL scientists said the image-based machine learning algorithm can detect problem capsules and trigger a response up to 40 times per second, eliminating the monotonous task of monitoring microcapsule manufacture, saving on wasted material. Furthermore, these capabilities should translate to other applications for microcapsules beyond carbon capture, such as medicine, cosmetics or food additives.

"When making capsules for carbon capture, [operators] have to babysit the process while managing other duties for an experiment. If something disrupts the process while they’re not monitoring it, that’s time and product lost," said LLNL engineer and project principal investigator Brian Giera. "The problem was evident because everyone complains about having to do the monitoring portion, so we just wanted to help take the human out of the loop."

For a well-established experiment, these mishaps happen infrequently, as low as less than 1 percent of the time. But when they occur, they can be detrimental, even leading to a catastrophic disruption to the experiment. Operators can predict fluid property changes, but there also are random factors that can affect an experiment, such as impurity in the fluids or trapped tiny air bubbles. Either way, it always requires constant monitoring of the process to ensure immediate human intervention when these "bad" scenarios happen.

Generally, microencapsulation devices are placed under a microscope and can be digitally imaged, Giera said, so researchers had ready access to high-quality images of the process. Giera sifted through 70,000 images, labeling each one into four categories: droplets that were clear and well-defined; those that could clog and damage the device; defective capsules; and capsules that could burst or break. The paper’s co-lead author, LLNL researcher Albert Chu, augmented the dataset by altering each image according to typically-seen experimental variations, e.g. adjusting the focus, rotation and brightness of the images, to expand the dataset to 6 million images.

Researchers then trained the machine learning algorithm on the augmented dataset, resulting in a highly accurate and robust predictive model, and LLNL researcher and co-lead author Du Nguyen created a custom retrofitted sorting device with valves that flipped on and off to redirect the flow, and could discard the "bad" microcapsules with more than 95 percent accuracy. Nguyen said combining the algorithm with a sorting device ended up being a little tougher to do than at first glance.

"There were a fair number of extra portions we didn’t consider," Nguyen said. "After the droplets form, it takes time (about 30 seconds) for them to get to the valve itself, and when the valves operate there is a change to pressures that occur, too. The algorithm detects what’s being formed but there are additional portions into the control aspect as well. We had to work together to implement the algorithm into a realistic control setup."

Nguyen said the device could be retrofitted onto existing microencapsulation setups and further developed to reduce the time it takes for the capsule to travel to the valve and compensate for pressure changes caused by the valves for even better control. Nguyen said in addition to applying to parallelized microfluidics, where it could allow researchers to analyze multiple channels simultaneously, it could help researchers explore a new material space for the capsules.

"Part of what we were doing before was finding the right materials and ways of setting it up so we don’t have to constantly monitor it," Nguyen said. "Our intention with machine learning is that now maybe we can use different materials that aren’t necessarily as stable and use the algorithm to sort it out for us."

While the work represents a "successful first demonstration" of applying a machine learning approach to microencapsulation, Giera said, researchers would like to make the technology more user-friendly, perhaps adding a graphical user interface. As it stands now, the system can send text messages that can alert the operator to a problem with the manufacturing process that needs to be addressed. Eventually, they also want to experiment with more optimized valves that would result in faster shifting times. Their ultimate vision is to develop a self-contained machine learning control system that rectifies the process without the need for human intervention.

Giera said using a machine learning algorithm to do real-time monitoring and sorting of microcapsules could help engineers overcome a major roadblock in scaling up microfluidic systems — managing unpredictable abnormalities in fluid flow that arise due to clogs, particles and bubbles and predictively adjust flow rates based on a change in fluid properties.

"We think with microfluidic droplet based-cases, especially with the highly parallelized version of this, machine learning will be central to this," Giera said. "It’s arduous to get these research-based microfluidic systems running at a production scale like the Lab requires. We feel the opportunity is ripe for monitoring, and the control portions of monitoring and response would be the hard part, that would be application specific."