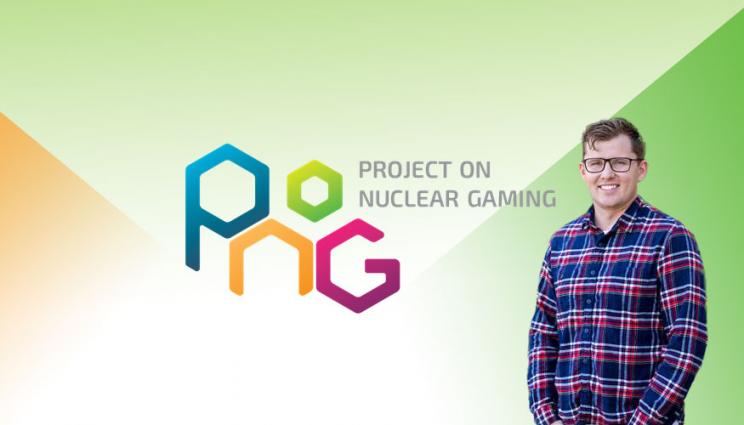 Andrew Reddie, a research associate at LLNL’s Center for Global Security Research, is the lead author of a paper published today in Science Magazine and written in collaboration with five colleagues from the University of California, Berkeley and Sandia National Laboratories, California. In the paper, the authors – all senior researchers with the Project on Nuclear Gaming (PONG) – write that technological advances for game engines and cloud architectures are fueling the development of next-generation wargames that can increase insights for policymakers.

Technological advances for game engines and cloud architectures are fueling the development of next-generation wargames that can increase insights for policymakers, according to the authors of a paper published today.

"Most of the wargames that we have used at Livermore and across the national security community are traditionally seminar-based and facilitator-led," said Andrew Reddie, the lead author of the Science paper and a research associate at LLNL’s Center for Global Security Research (CGSR).

"What you could do with these traditional wargames was generate process-oriented insights. Now we can put these new wargames into an online platform and for the first time carry out quantitative analysis on a large dataset."

In their paper, the researchers trace the history of wargames, discuss how wargames have been used in fields outside of military strategy and outline how scholars are increasingly looking to games as a source of research data, particularly when observational data is unavailable.

As a prime example of a next-generation wargame, the research team cited the development of experimental gaming tools, which are well placed in their view to take advantage of advances in data science and machine learning.

Through a collaborative project, called the Project on Nuclear Gaming (PONG), UC Berkeley, SNL and LLNL have developed a game called SIGNAL, which serves as a first example of the large-scale, experimental gaming approach for examining nuclear deterrence and conflict escalation dynamics.

The SIGNAL game provides a flexible gaming environment that can be used to study a variety of research questions and simulate some aspects of warfare. The platform also allows for large, quantitative analysis of game outcomes in a multi-player context, tracks demographic data and automatically collects player and game data in real time.

"What we’ve built is a digital online game that is explicitly designed to allow researchers to vary key characteristics that are theorized to influence conflict escalation and warfare," Reddie said, adding that the PONG team’s goal is not to replace other types of wargames, but to add another tool to the toolkit.

The three-institution PONG collaboration is led by UC Berkeley and is one of a portfolio of Carnegie Corporation of New York projects aimed at understanding the impact of emerging technologies on strategic stability and the potential for nuclear risk reduction.

All six of the Science Magazine paper authors are senior researchers on the PONG effort. In addition to Reddie, who is completing his Ph.D. in political science from UC Berkeley, other authors include: Bethany Goldblum, a member of the research faculty in the Department of Nuclear Engineering at UC Berkeley; Michael Nacht, a UC Berkeley professor and the former assistant secretary of Defense for Global Strategic Affairs, in 2009-10; Sandia systems engineers Jason Reinhardt and Laura Epifanovskaya; and Sandia data scientist Kiran Lakkaraju.

Brad Roberts, the director of CGSR, noted that having Reddie as an important member of the PONG team "is a key element of CGSR’s contribution to the Laboratory’s mission.

"Helping to develop a new generation of experts motivated by a clear view of the changed and changing security environment is extremely important to the nation and a core objective of the center," Roberts said. "Andrew and other research associates we bring into CGSR through Laboratory internship positions are that new generation and are making important and meaningful contributions to our national security, as evidenced by PONG."

For his part, Reddie pointed out that the PONG team worked hard during the past year to develop an experimental gaming framework and to implement the method in seminars, tabletop exercises and an online game.

"As we begin to collect initial data from early game play, we are encouraged by the potential of wargames to provide experimental data that — thanks to today’s data science and machine learning capabilities — might allow us to more fully investigate complex national security issues," he said.