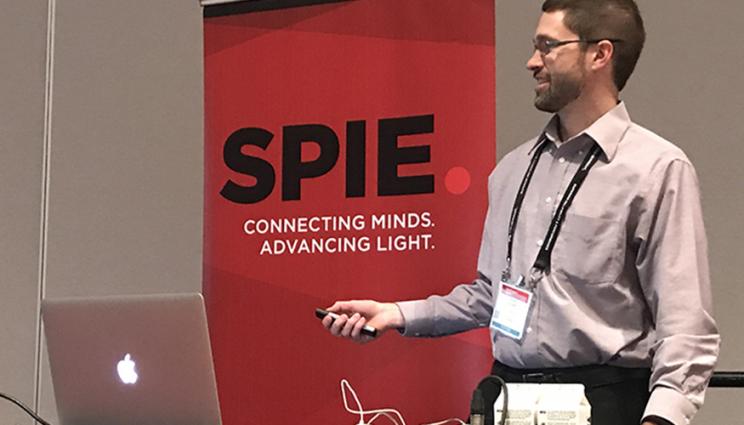 Advances in deep-learning tools for predictive modeling at NIF and updates on high-power lasers used for fusion research around the world were among the dozens of topics presented at a recent Photonics West conference chaired by leaders in Lawrence Livermore National Laboratory's National Ignition Facility & Photon Science (NIF&PS) directorate.

The high-power laser conference is noteworthy because it gives representatives from fusion research facilities around the world a chance to catch up with each other’s work. Although Photonics West is an annual event, the high-power laser portion is held only every other year. This year’s edition was the fifth since Awwal launched the series in 2011.

"It was great to hear all the interesting things that are going on, especially in Livermore," said Brian Kruschwitz, a scientist with the University of Rochester’s Laboratory for Laser Energetics, home of the OMEGA laser research facility.

He also gave the audience one of the first public showings of a newly created video animation that explains how the powerful ARC short-pulse laser system enables researchers to probe and create extreme states of matter generated by NIF (see the new video, How ARC Laser Works). 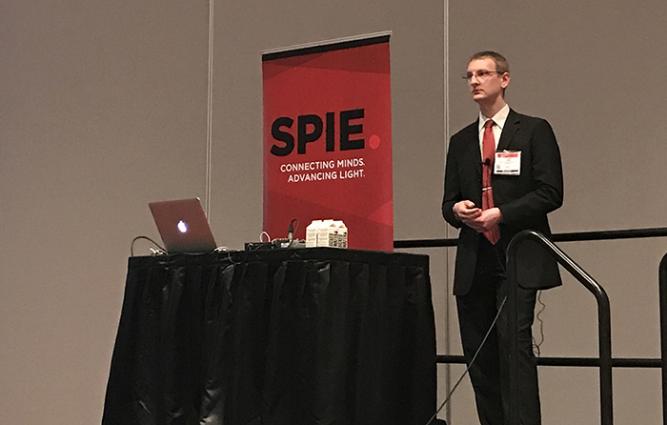 Brian Spears presented a talk on work at the Lab to develop machine-learning tools that can dramatically improve predictive modeling for large-scale simulations and experiments at NIF, the world’s largest and most energetic laser.

He spoke about advances in deep learning, computational workflows and computer architectures that have created a learned predictive model, using inertial confinement fusion research and experiments at NIF as a developmental testbed.

"Deep learning is new to you, it’s new to everyone," Spears said. "Deep neural networks build efficient descriptions of data to improve predictions."

He also gave the audience a fun yet enlightening demonstration of how machine learning can overcome distractions that sidetrack humans, whose brains become trained to react to stimuli in a certain way.

Spears flashed a photo of a bathroom sink for just a second or two, asking the audience members to count the number of toothbrushes they saw. Most of the audience missed a massively oversized toothbrush because human brains learn to see normal-sized little ones. He said that demonstrated how expectations of scale can prevent finding "obvious patterns."

"Humans are seriously distracted by context," Spears said. "Deep neural networks have no problem with this at all."

The conference also was co-sponsored by the Lab’s Computational Engineering Division (CED).

UCLA graduate student William Leach, a Lab intern for the past two summers, gave a presentation on a machine-learning project he worked on for NIF last year as part of an automated analysis team under James Henrikson. 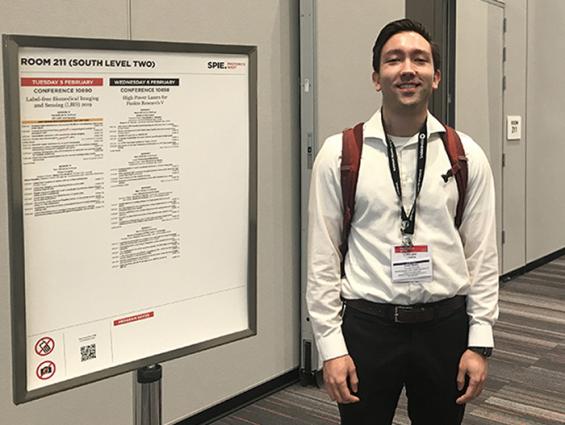 "The problem is that if this analysis is wrong on bad quality data," Leach said, "the scientists further down the line may not know the potential for erroneous results."

"This was like a feasibility study to see if deep learning could be applied by the automated analysis team," Leach said. "We found encouraging results."

Leach, who is getting his master’s degree in electrical engineering with a concentration on signal processing and machine learning, was able to attend the convention, present his work, attend poster sessions and see the exposition area thanks to a sponsorship from the Livermore Lab Foundation. As a student, he would otherwise not have been able to afford the registration fees.

"I really appreciated it," Leach said. "It’s my first conference. It’s fun talking to other people who are doing similar things to see how they’re approaching their problems."

Learning wasn’t only for the students. Veteran scientists like Rochester’s Kruschwitz chaired a session on diode-pumped solid-state laser technology and presented an update on upgrades to the OMEGA EP laser system. Yet, he said, he learned more about topics like high-average-power lasers and edge-pumped disk laser amplifiers at the conference.

"It’s easy to get involved in your own little niche and lose sight of what’s going on outside of that," he said. "These conferences are a really great way of learning more about what’s up and coming and what other people are doing. There’s a lot of smart, creative people in this field." 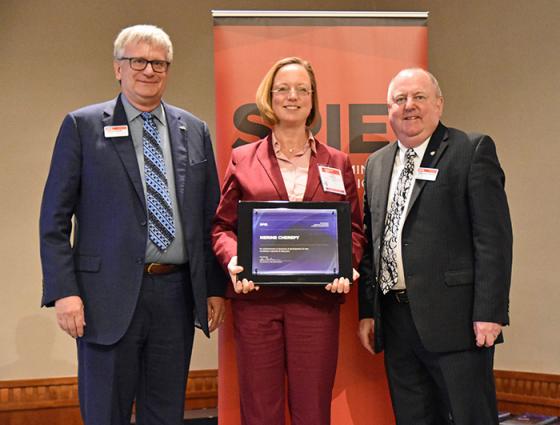 In addition, LLNL research scientist Nerine Cherepy was honored as a 2019 SPIE Fellow — one of 88 SPIE members of distinction promoted to the level of fellow for "significant scientific and technical contributions in the multidisciplinary fields of optics, photonics and imaging."

Cherepy, who has been with the Lab since 1998, was cited for her achievements in discovering and developing new scintillator materials and detectors, employing them for the detection, identification and imaging of ionizing radiation.

Also in Cherepy’s new SPIE Fellows class this year was Nobel Prize for Physics laureate Donna Strickland, who toured NIF and the Lab while in the Bay Area for Photonics West.