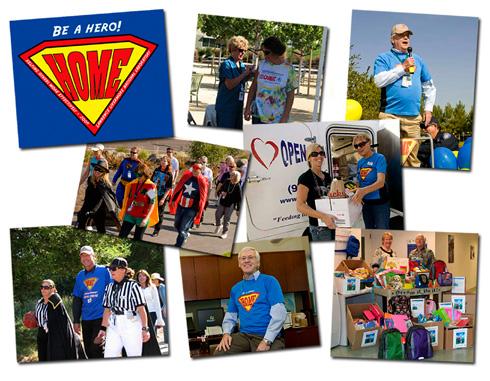 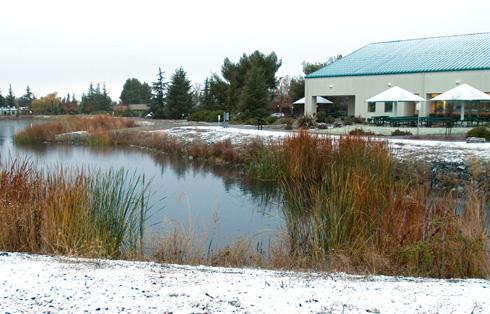 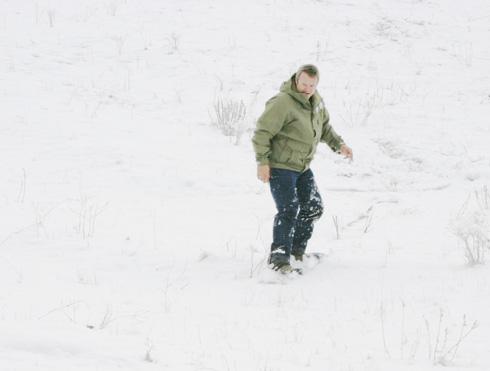 A frosty winter storm earlier this week brought snow to the Altamont and Livermore foothills.  Pete DuPuy of the LLNL Precision System and Manufacturing Group (PSMG) just happened to have his snow board in his office, and at lunch time Monday he drove up to Patterson Pass to take a couple of runs down the snow-covered hills.

The annual HOME Campaign has come to an end with a record $2,026,151 donated and pledged to support the community by LLNL and IAP personnel.

The amount represents the largest ever raised by employees during the HOME Campaign’s 35-year history. This will be matched by $1 million from LLNS, providing a total of more than $3 million in support to the HOME Campaign charities and non-profit agencies.

"This is a tremendous show of support and we should all be proud," said Don Boyd, HOME Campaign manager. "The Laboratory management team would like to thank employees for their commitment to the community and their spirit of giving.

"The school supply and canned food donations, as well as the monetary donations to the food banks within the Livermore and San Joaquin valleys will provide food to thousands of families in the next few months," he said.  "Your donations to the many worthy charities supported by HOME will assist them in a time when many have lost funding due to the current state of the economy.

"I also would like to thank the Director’s Office for their coordination of the Run for HOME, the Global Security Principal Directorate for sponsoring the campaign, the Public Affairs Office for their support, the Organizational Team Leads and all the employees who worked hard to organize this year’s efforts that produced a record-setting campaign," Boyd said.