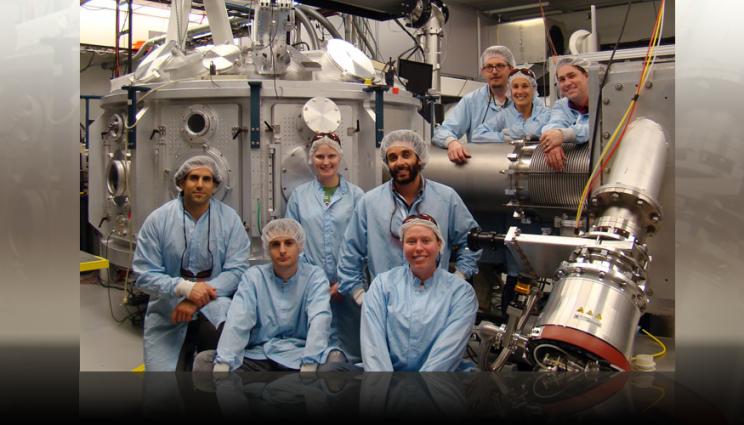 A new way to examine space, bugs and bones

A novel way to harness lasers and plasmas may give researchers new ways to explore outer space and to examine bugs, tumors and bones back on planet Earth.

Albert and the team spent more than two years experimenting with new ways to generate X-rays capable of probing the size, density, pressure and composition of highly transient states of matter, such as those found in the cores of planets and in fusion plasmas. Plasmas make up 99 percent of the known universe.

The researchers studied betatron X-ray radiation, emitted when electrons are accelerated to relativistic energies and wiggle in the plasma wave produced by the interaction of a short, intense laser pulse with a gas.

Traditionally, this source has been well studied for laser pulses with femtosecond (quadrillionth of a second)-long durations.To study betatron X-ray emission at the intensities and pulse durations relevant to larger-scale laser facilities, such as LLNL’s Advanced Radiographic Capability (ARC) laser, the researchers conducted an experiment on the Titan Laser at the Laboratory’s Jupiter Laser Facility. There they observed betatron X-ray radiation driven by much longer, picosecond-duration laser pulses.

"For me a picosecond is forever," Albert joked. While picoseconds measure time in trillionths of a second, that’s slow to a researcher who prefers even shorter laser pulses. 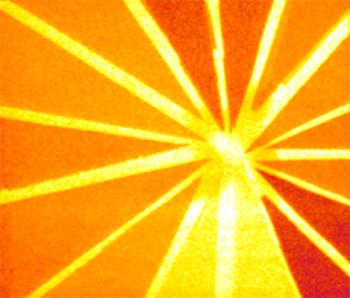 The experimental work shows that the new radiation source holds great promise for undertaking applications at international large-scale laser facilities, where it potentially could be used for X-ray radiography and phase contrast imaging of laser-driven shocks, absorption spectroscopy and opacity measurements.

Albert noted that the results did not reveal themselves immediately as in some experiments, and that it took the team a lot of analysis and hard work to uncover the new regime.

They note in their paper the wide variety of potential uses of the technology: Betatron X-ray radiation driven by short-pulse lasers has been used for biological and medical purposes, such as X-ray phase contrast imaging of insects and hard X-ray radiography of bone. Its unique properties also make it suitable for studying the dynamics of high-energy-density plasmas and warm dense matter – a state near solid densities – and temperatures found in the cores of giant planets like Jupiter and in inertial confinement fusion plasmas.

The research is funded by the LLNL Laboratory Directed Research and Development Program and the Department of Energy Office of Science’s Early Career Research Program. Albert’s paper on the wide-ranging potential for light sources based on laser-plasma acceleration was among the most popular downloads of 2016 published by the international publishing giant IOP (Institute of Physics) Science, and will be featured throughout 2017 for free download.