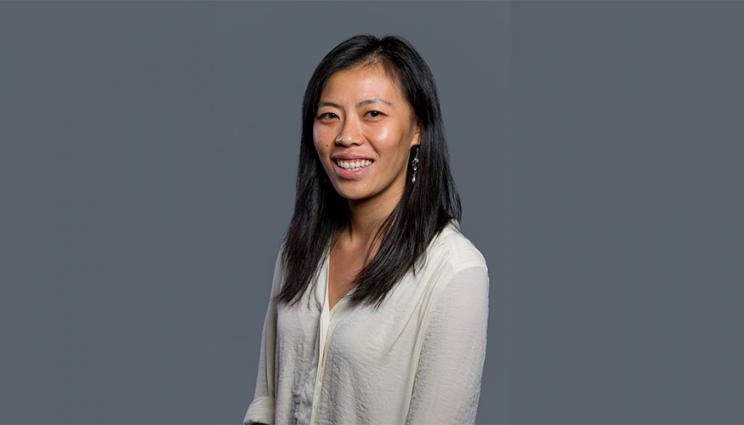 The program, now in its ninth year, is designed to bolster the nation’s scientific workforce by providing support to exceptional researchers during the crucial early career years, when many scientists do their most formative work.

"Supporting talented researchers early in their career is key to building and maintaining a skilled and effective scientific workforce for the nation. By investing in the next generation of scientific researchers, we are supporting lifelong discovery science to fuel the nation’s innovation system," said Secretary of Energy Rick Perry. "We are proud of the accomplishments these young scientists have already made, and look forward to following their achievements in years to come."

Under the program, Ma will receive a total of $2,500,000 over five years for her proposal, "Multi-ps short-pulse laser-driven particle acceleration for novel HED and ICF applications."

"I am so grateful for everything the Lab has provided to allow me to thrive -- an incredibly nurturing environment, freedom and support to be innovative, the LDRD grant that laid the groundwork for this project, mentors that continuously encourage me and the family of colleagues that makes it fun to come to work every day," Ma said. "I’m honored to receive this award, and the coolest part is that I’ll get to extend the work of many of the LLNL giants that came before -- this type of short-pulse particle acceleration was first discovered on the Nova laser, and now I get to use NIF ARC to push it forward into the multi-picosecond, high-energy regime."

Ma is an experimental plasma physicist in inertial confinement fusion and high energy density physics. She earned her bachelor's degree in aerospace engineering from Caltech in 2005 and received her master's degree in 2008 and Ph.D. in 2010, both from the University of California, San Diego. Following graduate school, she completed a postdoc at LLNL before becoming a staff scientist in 2012.

Ma currently serves as chair of the Lab-wide Laboratory Directed Research and Development Program (LDRD), and also as the X-Ray Analysis Group lead for LLNL’s Inertial Confinement Fusion Program at the National Ignition Facility. Ma has authored or co-authored more than 140 peer-reviewed journal publications and has been recognized with the Stix Award for Outstanding Early Career Contributions to Plasma Research by the American Physical Society and the Presidential Early Career Award for Science and Engineering, the highest honor bestowed by the U.S. government on science and engineering professionals in the early stages of their independent research careers.

Awardees were selected from a large pool of university and national laboratory-based applicants. Selection was based on peer review by outside scientific experts. For more information, visit the web.