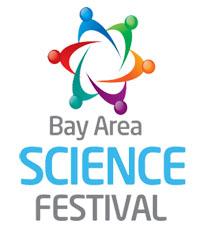 Lawrence Livermore National Laboratory is among the many noted exhibitors and presenters featured at the second Bay Area Science Festival's Discovery Day, on Saturday, Nov. 3 at AT&T Park.

Discovery Day will feature an array of hands-on exhibits and stage demonstrations from laboratories, universities and businesses, all designed to unleash guests' "inner scientist."

As one of the most popular exhibits at last year's event, Lawrence Livermore is returning with an even bigger display, featuring a number of demonstrations for aspiring scientists, engineers and technicians of all ages. An interactive, avatar-hosted game will challenge basic scientific know-how, while a climate simulation dares participants to solve future needs for energy while minimizing the impact to the environment.

The Lab's popular "Fun With Science" will demonstrate scientific principles and describe how the Lab uses these phenomena in its daily work. Finally, participants will be able to take a virtual tour of the National Ignition Facility, the world's largest and most energetic laser, and ask NIF scientists questions about photon science and NIF's progress toward achieving fusion ignition. Fusion is the life force that powers the sun and the stars.

The Lab's booths will be featured on the playing field at AT&T Park.

"The Laboratory is proud to be joining other noted exhibitors and performers at the Discovery Day to help inspire and educate young minds through hands-on encounters in science and engineering -- all which help demystify technology for kids and motivate them to pursue STEM careers," said Bill Goldstein, the Lab's acting deputy director of Science & Technology.

More information is available on the Bay Area Science Website.