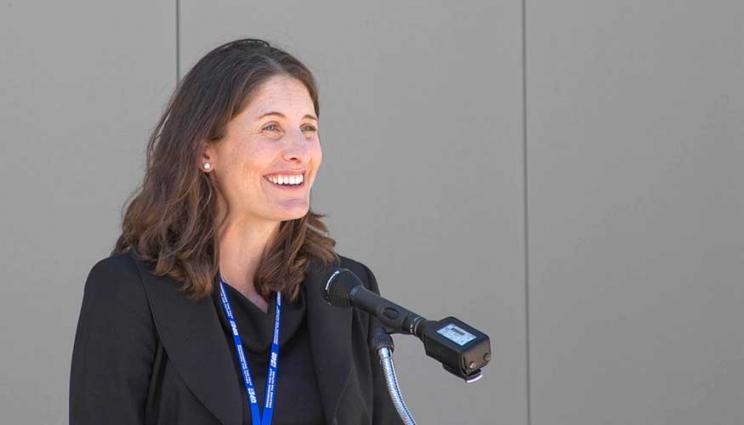 Created 25 years ago, the EMC’s mission is to integrate state-of-the-art capabilities in high explosives, propellants, thermites and pyrotechnics for the benefit of the Stockpile Stewardship Program and other National Nuclear Security Administration programs, the Department of Defense, the Department of Homeland Security, other government agencies and industry. The EMC also supports counter-proliferation and homeland security programs, as well as conventional weapons development and other applications of energetic materials. Leininger is the fifth director of the EMC. 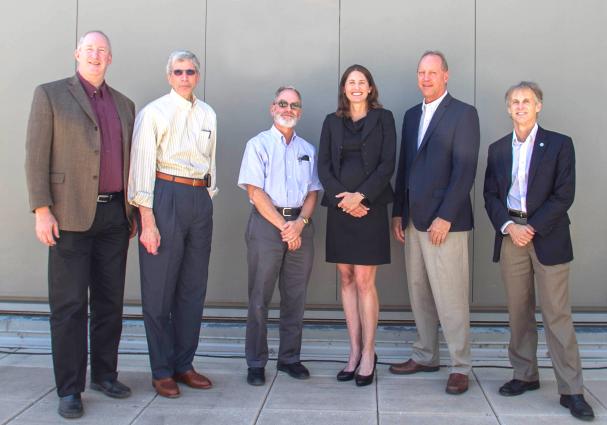 Leininger will provide leadership, guidance and facilitate the execution of LLNL programs involving the Energetic Materials (EM) Enterprise. The EM Enterprise is the set of projects, programs, facilities and personnel involved in energetic material research and development at LLNL.

Leininger began her career in 1997 at LLNL, and has held various positions including engineer in the Defense Systems Analysis Group and Thermal Fluids Group, deputy group leader of the Computational Geosciences Group, program manager and group leader within the Security Applications Program Element, and is serving as program manager and group leader of the Energetic Materials Group. She also worked for San Francisco’s Hinman Consulting Engineers, Inc. as managing engineer from February 2008-June 2010.

"Lara’s strong skills and experience are uniquely suited to this position, as she has spent a number of years engaged in the Energetic Materials Enterprise, giving her broad experience in the area of high explosives research, development, synthesis and testing, in a technical environment while providing guidance and strategic direction for these programs," said Charlie Verdon, LLNL’s principal associate director for Weapons and Complex Integration.

The EMC has been led by Jon Maienschein for the last seven years. His leadership resulted in many innovations and advances, including new explosives for nuclear and conventional applications including LX-21 for the W80-4 LEP; application of details of explosive chemistry through experiments and modeling to answer relevant stockpile questions; standing up the nation’s leading capabilities in high explosive additive manufacturing; new experimental methods to characterize detonation phenomena such as at the Dynamic Compression Sector at the Advanced Photon Source; expansion of the EMC activities in counter-proliferation and homeland security, including research into homemade explosives; and initial successes in recapitalization of laboratories in the High Explosives Applications Facility through NNSA investment.

"Jon’s programmatic and scientific leadership during his tenure has kept LLNL at the forefront of energetic materials science," Verdon said.

Maienschein will serve as EMC deputy director until his retirement in November.