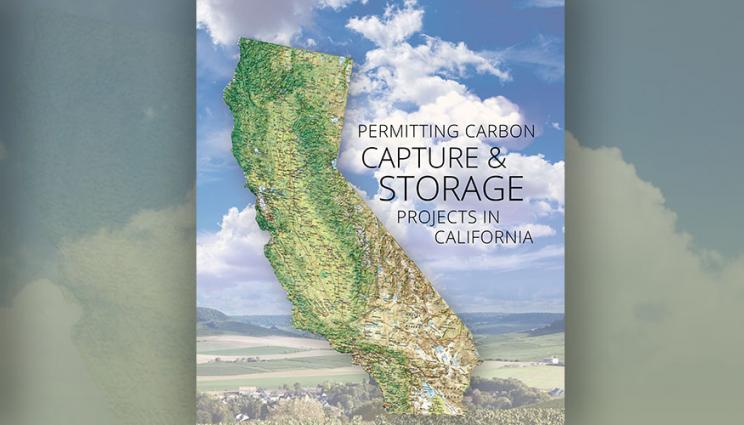 To reach economy-wide carbon neutrality by 2045 or earlier, California will likely have to capture, transport and geologically store tens of millions of tons per year of carbon dioxide (CO2) from large sources and from the atmosphere.

California has an extensive regulatory framework that is rigorous, robust and will safeguard the environment, public health and safety during these activities. However, this framework cannot handle the timely permitting and deployment of sufficient projects to protect the rapidly worsening climate and support achieving the state’s climate goals, according to a report titled "Permitting Carbon Capture & Storage Projects in California" by Lawrence Livermore National Laboratory (LLNL).

California Executive Order B-55-18 established a goal of achieving carbon neutrality as soon as possible and no later than 2045 and achieving and maintaining net negative emissions thereafter.

Multiple in-depth analyses have shown that to achieve this goal, California will need to both intensify efforts in emission reduction measures and technologies that are already underway and deploy technologies that dramatically reduce existing emissions from large sources and remove carbon from the atmosphere directly.

Carbon capture and storage (CCS) refers to a large family of technologies that remove CO2 from large point sources or from the atmosphere directly, transport it (commonly by pipeline, truck, rail or barge) and then store it permanently and securely thousands of feet underground in the same types of rock formations that have held the carbon for millions of years in the form of fossil fuels. Many of the technologies involved are not new, and a sizable array of demonstration and early commercial-scale projects has emerged over the past two or more decades around the world.

CCS is a complex administrative undertaking and has significant regulatory and permitting needs, managed by many state and federal agencies. In addition, negotiations with private parties are likely to be necessary to obtain authorization to site CO2 pipelines and to inject CO2 deep in the subsurface while respecting existing surface and mineral ownership. No CCS projects exist in California today.

“California could obtain faster and larger carbon emission reduction removal while maintaining the robustness and rigor of its environmental review and permitting regime through some simple interventions to existing processes and structures,” Peridas said. “Large reforms are not necessary in the short or medium term, or conducive to achieving these climate benefits.”

CCS projects will need to undergo environmental review under the California Environmental Quality Act (CEQA) and possibly the National Environmental Policy Act (NEPA). These review processes aim to evaluate whether a project may have significant effects on the environment and whether these can be avoided. CEQA review is a significant undertaking and the principal determinant of a project’s authorization timeline in California and, unlike NEPA, can require mitigation measures.

Among the options the state could utilize to ensure timely and efficient authorization of CCS projects to contribute to its climate goals while still safeguarding public health, safety and the environment are:

For the entire suite of options and more details, see the full report here.

In an effort to gain insight into this report and the "Getting to Neutral: Options for Negative Carbon Emissions in California,” report, a special virtual forum presented by LLNL, the Livermore Lab Foundation and the California Council on Science and Technology will take place March 3. The “Carbon Capture and Sequestration in California Regional Insights and Community Attitudes” symposium will feature local, state and industry speakers who will discuss the headway that has been made one year after the "Getting to Neutral" report was released.