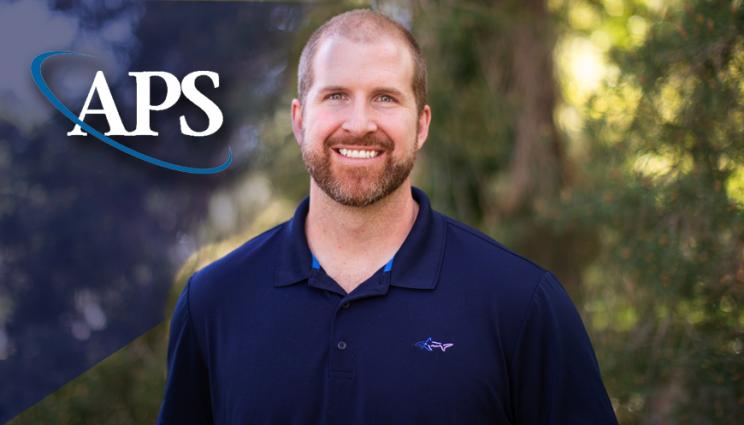 The citation reads: “For extraordinary achievements and leadership within extreme high-pressure-science, including novel measurements on material properties, laboratory constraints on planetary evolution, creation of complete equations of state and the future of the programmatic science.”

“Neil Ashcroft was an incredibly brilliant physicist who predicted some of the most important discoveries in high pressure physics and chemistry over the last 30 years,” Kraus said. “But the quality I most appreciated was his ability to provide intuition about subjects at the forefront of research to students and early-career scientists. To receive the inaugural Neil Ashcroft award is such an incredible honor. I hope that I can continue some of Neil’s legacy, pushing at the frontiers of our field while improving my ability to communicate the importance of what we do to a broader audience and the next generation of early-career scientists.”

As a nine-year LLNL veteran, Kraus’ work focuses on understanding how materials perform at extreme conditions and the underlying mechanisms that control their response, with applications in stockpile stewardship, threat reduction and planetary sciences.

Future endeavors for Kraus include the growing number of opportunities for dynamic high-pressure research at X-ray light sources and mentoring the next generation of scientists.

“With the incredibly bright X-rays available at a place like LCLS (Lincac Coherent Light Source) and the high-energy lasers being considered for installation in the next couple of years, we will be able to definitively test our models for complex material response at extreme conditions, and likely discover a wide range of unexpected phenomena along the way,” he said.

Kraus received his Ph.D. in earth and planetary sciences and master’s in applied physics from Harvard University, and master’s and bachelor’s degrees in physics from the University of Cambridge and the University of Reno, respectively. He is the recipient of the Presidential Early Career Award for Science and Engineers (PECASE), and most recently was selected as a member of the Lab’s Early and Mid-Career Research program.

The Neil Ashcroft award is given to individuals for achievements including static and/or dynamic compressions within the disciplines of physics, chemistry, materials science, earth and planetary science, soft matter and biology. Kraus will receive the award at an upcoming APS meeting.