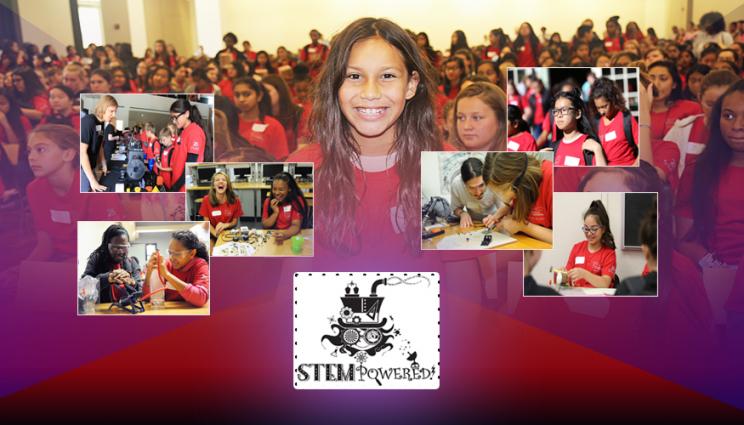 The San Joaquin Expanding Your Horizons conference recently celebrated its 25th year with the theme “STEMpowered!” The event brought 500 girls to the University of the Pacific Campus in Stockton to learn more about opportunities in science, technology, engineering and mathematics .

Girls empowered to expand their horizons

The San Joaquin Expanding Your Horizons (SJEYH) conference for girls celebrated its 25th year with the theme "STEMpowered!" on Saturday, Sept. 23, bringing 500 girls to the University of the Pacific Campus in Stockton to learn more about science, technology, engineering and mathematics (STEM).

SJEYH, co-sponsored by Lawrence Livermore National Laboratory (LLNL), Sandia National Laboratories and the University of the Pacific School of Engineering and Computer Science, is designed to spark girls' interest in STEM careers in a fun environment. Participants, spanning grades 6-12, come from across San Joaquin and Stanislaus counties in Stockton, Lodi, Manteca, Modesto and other rural communities to attend the daylong event.

Stockton native and environmental engineer at LLNL Monique Warren served as the emcee, kicking off the opening ceremony with an enthusiastic dance party before introducing the keynote speaker, Destiny Goddu.

"I would like to start by sharing a quote by actress Emma Watson," Goddu said. "Girls should never be afraid to be smart."

This dose of inspiration was followed with Goddu sharing her story and how she ended up pursuing a career in STEM.

"It took me a long time to realize that I was capable of doing whatever I put my mind to, regardless of my gender," Goddu said. "As a child I would help my father work on cars. Old engines and car parts filled my backyard growing up and sparked my interest in mechanics." 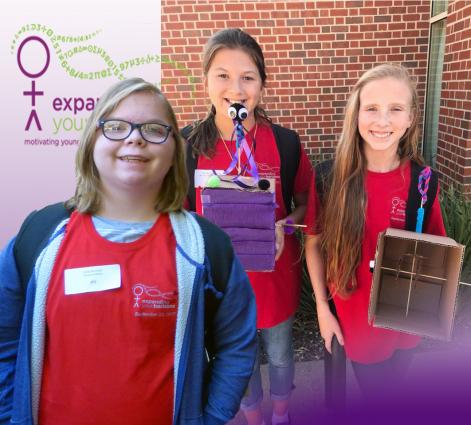 Goddu served in the Marines for five years, a tenure that included many awards and medals for her service. As a female in the Marine Corps, Goddu felt she had to work twice as hard as the men to prove herself. "It's not always easy being in a male-dominated field like the military, and there was a point that I allowed that to cause some resistance again for a career in STEM. I lost that spark again and allowed others to drain my battery."

After being honorably discharged, she enrolled in the Veterans to Technology program at Las Positas College. She interned at LLNL during her studies, performing so well she was asked to stay and work as a mechanical engineering technician while pursuing her degree. In July, Assemblywoman Catharine Baker (R-San Ramon) recognized Goddu as the Veteran of the Year for her 16th Assembly District.

"My experience in STEM has been full of times that often felt like failures, but little did I know then that failure was part of success" Goddu said. "Don't be afraid to work hard, to find your passion and to see what you are capable of. Don't let others hinder your path to greatness. Find out what sparks your interest by getting involved in more STEM programs like today and be sure to take advantage of all these wonderful mentors here that volunteered to be here for you. I hope today helps you find your passion and ignites your source of STEM power."

Camille Canestrino and Brookelyn McCaffrey, seventh grade students from Ben Holt Middle School, attended the conference for the first time and described their experience as "awesome." The pair are classmates and friends that signed up individually, not knowing the other had done the same. After making the discovery while talking at school, they were excited to go together. "I learned a lot of new things, but I especially liked building the cardboard automation," Canestrino said. "The thing I liked the most was learning about science experiments," McCaffrey said. "In one class, I learned about energy and how it can transfer through bodies, and I also liked learning about liquid nitrogen. It was so cool. I really love math and architecture and I want to be a civil engineer. I am excited for my future in science." Both young women are looking forward to returning next year.

After lunch and the final workshop, event organizers provided a slideshow of photos from the day and distributed door prizes to participants. Grand prizes included a tablet and a telescope. Many of those present had attended SJEYH before. Daisy Munoz, a senior at Stockton Early College Academy, and Bryanna Bernal, a senior at Tokay High School, received recognition for having attended the conference for all seven years.

In recognition for 25 years of community impact bringing math and science activities to local youth, the Stockton mayor, city council and Congressman Jerry McNerney sent representatives to the conference to present the SJEYH board members with certificates and letters of recognition and congratulations.

Jennifer Bonnett of Lodi remembers attending SJEYH in 1992, the very first SJEYH, when she was in sixth grade. "I can’t believe it is still going strong," Bonnett said. Celebrating the 25th anniversary meant a lot to Bonnett, whose daughter Katie Bonnett, an eighth grader at Millswood Middle School in Lodi, attended for the first time.

"It felt amazing to be around other girls who love math and science," she said. "I got to go to three different classes, Electricity-the Shocking Truth, Fixing Computers and Water Treatment. I really loved Fixing Computers. I got to see the inside of a computer and was taught about a motherboard and how it works. I learned that the motherboard has three fans, one that brings in heat, the second one controls the heat and the third one helps support the second one. I cannot wait to go back again next year. I wish I would have known I was eligible to start going in the sixth grade. I would have participated sooner." 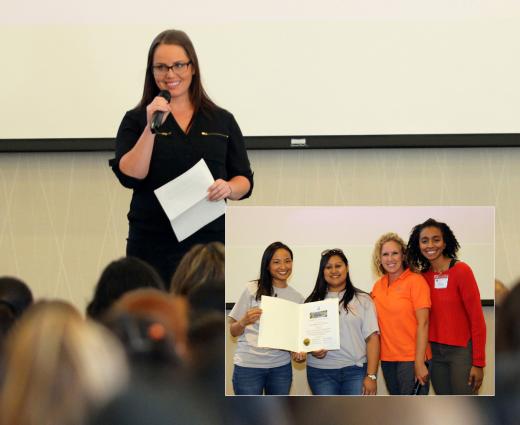 Jeene Villanueva, computer scientist at LLNL, has served as SJEYH conference chair/co-chair since 2014. "It was a special year celebrating our 25th anniversary," Villanueva said. "We continue to have amazing presenters who run inspiring workshops, chaperones who return year after year, volunteers to help anywhere they can and a dedicated SJEYH board core committee planning for several months behind the scenes. It is a rewarding experience to see the excitement on the faces of the attendees during the workshops and activities at EYH."

The annual conference is coordinated by a core committee of volunteers with the help of 230 additional volunteers who work at LLNL and Sandia National Laboratories, the University of the Pacific, and various members of the community. More than 40 LLNL employees were involved in SJEYH.

For more information, see the SJEYH website.Photos of the event will soon be uploaded to the San Joaquin EYH photo gallery.