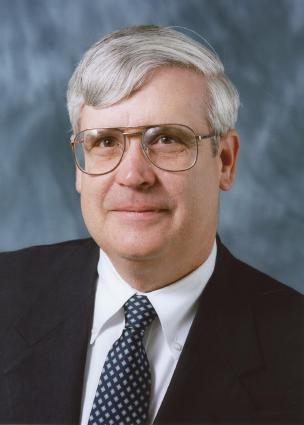 The University of California today issued the following news release:

The University of California (UC) today (March 15) announced the appointment of George H. Miller, an employee of the University for 34 years, a nuclear weapons and national security expert, and a leader in large facilities management, as interim director of Lawrence Livermore National Laboratory. UC President Robert C. Dynes, acting with the approval of Secretary of Energy Samuel Bodman and the UC Board of Regents, made the appointment.

Miller will take office immediately and is expected to serve through the remainder of the University’s current contract to manage Livermore Laboratory. The contract with DOE runs through September 30, 2007. Miller replaces Michael Anastasio, who is now head of the Los Alamos National Security LLC which was recently awarded the contract to manage Los Alamos National Laboratory.

"George Miller has shown tremendous leadership and expertise in nuclear weapons design and the management of large scale facilities," said Dynes. "As the Laboratory prepares for the forthcoming competition, George is the right person to lead this laboratory and the dedicated men and women who serve our nation.

"Livermore Laboratory continues to be an integral part of the nation’s Stockpile Stewardship program while also being a leader in homeland security efforts. With George at the helm, the Laboratory will continue moving forward and providing a great national service to our country."

"I am truly honored to lead this great Lab," said Miller. "I have known and worked with all of the Laboratory’s previous directors and I have a tremendous amount of respect for their accomplishments.

"Our future is bright because of the dedicated workforce here at LLNL. I look forward to leading the Lab through the contract transition process and continuing to ensure good stewardship of the public’s trust."

Throughout his tenure at LLNL, Miller has been responsible for all the major activities in the Lab’s nuclear weapons program, including research, development, testing, system analysis, weapons effects, weapons engineering, stockpile surveillance and arms control. He has been a major participant in the development of DOE’s Stockpile Stewardship Program.  He has also served as chair of the Laboratory’s Council on National Security and is a member of the United States Strategic Command (STRATCOM) Strategic Advisory Group.

As interim director of Lawrence Livermore National Laboratory, Miller will receive a salary of $369,700. (This salary is the same salary as his predecessor, Michael Anastasio, as well as the salary for Los Alamos National Laboratory Director Robert Kuckuck. Miller currently receives a salary of $307,000.) Miller will continue to be a member of the University of California Senior Management Group and he will participate in the Senior Management Supplemental Benefit Plan which provides for an annual 5 percent of salary contribution to one or more of the University's retirement plans on his behalf.

Miller will oversee an operation with a $1.6 billion budget and a workforce of approximately 8,600. The director’s salary, like that of all other UC employees at the laboratory, is paid from funds derived from the federal DOE contract. No general funds from the state are used to pay the director’s salary.

Miller and his wife Sue are residents of Livermore.