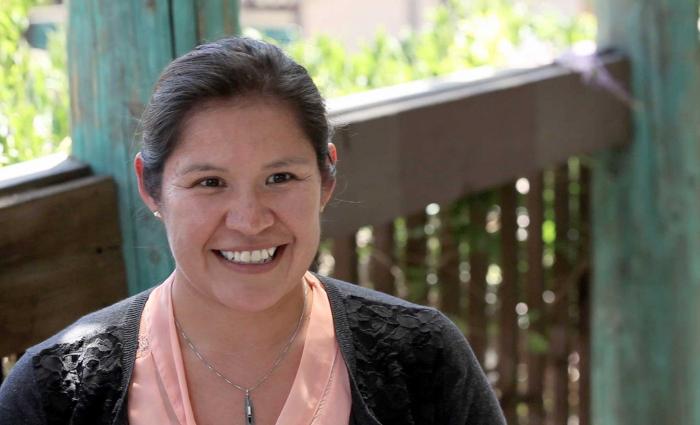 Lawrence Livermore's Suzanne Singer is featured in a Department of Energy video series where she discusses her research and how she is using it to help Native American tribes with issues pertaining to energy and climate change.

Suzanne Singer, an energy and thermal fluids analyst at Lawrence Livermore National Laboratory (LLNL), recently became the first LLNL employee to be featured in the Department of Energy’s #WomenInSTEM video series, where she discusses her research and how she is using her knowledge to help Native American tribes with issues pertaining to energy and climate change.

As a Navajo Indian herself, Singer is dedicated to building collaborations between the National Labs and Native American Tribes across the country. She was inspired by the Energy Department’s Tribal Energy Program.

With more than 560 federally recognized tribes throughout the U.S., many of which are in areas of high resource usage, her goal is to learn how the Lab’s capabilities can be beneficial to tribes and empower them to take responsibility for their own energy generation and usage.

"Not that many Native Americans are studying energy or are familiar with what is happening with climate change," Singer said.  "My passion is to help tribes become more sustainable using their own resources and intellectual capacity."

Singer is a role model to others and hopes to inspire students to pursue a career in science, technology, engineering and math (STEM). "The great things we have today are because of scientists and engineers," Singer said.

Singer’s advice to students is, "Pursue the things you are passionate about."

Singer also was featured in the Department of Energy’s web profile series Women @ Energy in March of 2014 along with 235 other women from across the DOE complex. Out of 235 profiles, 44 were from LLNL.