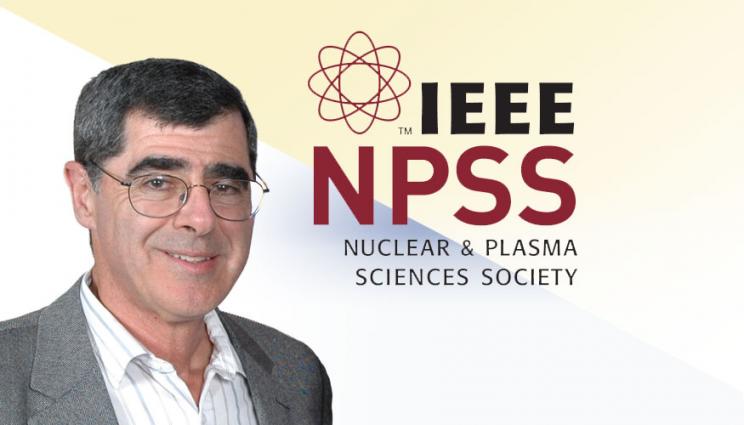 Lawrence Livermore retiree Bruce Cohen has been selected as the recipient of the 2018 IEEE Nuclear and Plasma Sciences Society’s Charles K. Birdsall Award for "contributions to the numerical simulation of plasmas, particularly multiple time-scale methods and to their application to diverse plasma physics problems, from laser-plasma interactions to tokamaks."

The Birdsall Award recognizes outstanding contributions in computational nuclear and plasma science, with preference given to areas within the broadest scope of plasma physics encompassing the interaction of charged particles and electromagnetic fields.

"I am elated to receive the IEEE NPSS Birdsall Award," Cohen said. "It is very gratifying to have one’s research career in physics recognized with this award. I am very thankful to my supervisors and colleagues at LLNL and DOE for creating a great environment and supporting my work for the past 42 years. I have a special connection to Ned Birdsall as he was one of my professors at UC Berkeley and on my P.h.D thesis committee, and I worked with him on a number of projects at Berkeley and later at LLNL."

This is the fourth year this award has been presented and the second time a Lawrence Livermore National Laboratory (LLNL) researcher has won. Alex Friedman won the award in 2017 for "contributions to the science and practice of computational physics, including the development of novel methods and effective computer codes, and their application to fusion plasmas and particle beams.

Cohen received his bachelor’s degree in physics with distinction and honors at Harvey Mudd College and his master’s degree and Ph.D  both in physics from UC Berkeley.

He was awarded a National Science Foundation Graduate Fellowship and a Woodrow Wilson Fellowship in 1970. He was a postdoctoral researcher at the Princeton Plasma Physics Laboratory from 1975-1976.

From August 1976 to retirement in January 2017, he worked as a physicist at LLNL. He was a group leader for Theory and Computations in the Fusion Energy Sciences Program at LLNL from 2007 to 2016 after being the deputy group leader from 1998 to 2016.

He was elected an American Physical Society Fellow in the Division of Plasma Physics in 1987. He served as an associate editor for both the Journal of Computational Physics and Physical Review Letters.

Cohen has served on numerous committees for the American Physical Society Division of Plasma Physics and the Department of Energy's Office of Science, Fusion Energy Sciences. His research has addressed plasma and computational physics topics in magnetic confinement fusion, laser fusion, space and astrophysical plasmas, radio-frequency heating of plasma, parametric instabilities, nonlinear beat-wave processes, linear and nonlinear theory of microinstabilities and turbulent transport and the application and development of particle and fluid plasma simulation and multiple-time-scale computational methods. He has authored or coauthored more than 160 refereed journal publications and chapters in two books.