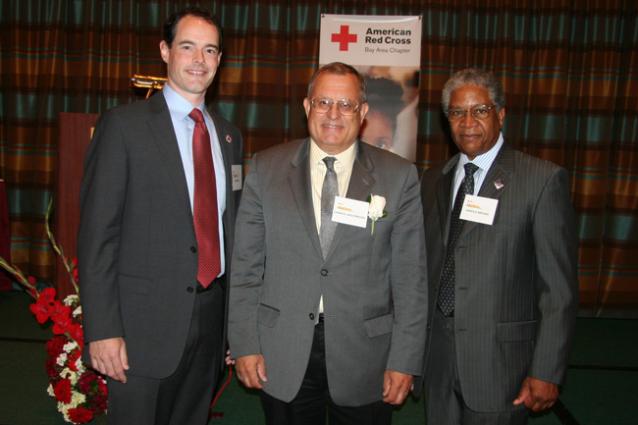 Twenty gallons. According to best estimates, that's probably how much blood Charlie Westbrook has donated to the American Red Cross since his first donation during a blood drive at the Lab back around 1970. And for that, Westerbrook has earned the title Official American Red Cross Blood Donation Hero.

Westbrook was working at the Lab when one of his colleagues ran into a very serious problem. Back in the early 1970s, it was a dangerous proposition if a mother and her unborn/newborn child had different Rh blood factors. The treatment at the time was to repeatedly transfuse the newborn baby, an expensive course of treatment. To help his colleague, Westbrook donated blood during a quarterly Lab blood drive.

It made him feel so good that, three months later, he did it again. And that pattern has repeated for 35 years.

Westbrook's generosity not only puts him ahead of everyone else at the Lab, but means that he has donated more blood than anyone else on record in Alameda Country. And, even though Westbrook retired five years ago, he still comes by the Lab to donate blood.

"When I consider that every time I donate blood it takes about two hours," Westbook said. "And then consider that I'm just one of many people at the Lab donating blood ... well, it's obvious the Lab is a huge supporter of the American Red Cross."