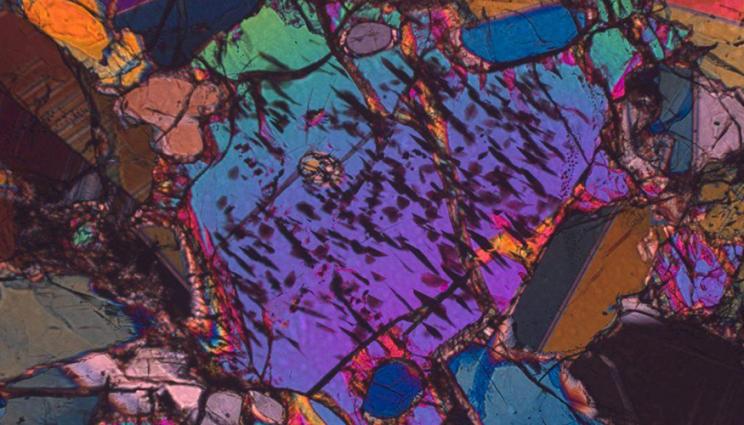 They are bigger, scarier and last longer.

That’s the conclusion of a team of scientists, including Lawrence Livermore National Laboratory cosmochemist Bill Cassata, about the evolution of volcanoes on the red planet, compared to those on Earth.

Martian volcanoes are the largest in the solar system. Although their size indicates continued activity over billions of years, their formation rates are poorly understood.

But in a recent study in Nature Communications, the team uncovered the growth rate of a Martian volcano by dating six meteorites, which formed 1.3 billion to 1.4 billion years ago.

The team showed that all six meteorites were ejected from Mars during a single asteroid impact event approximately 11 million years ago. This was determined from measurements of cosmogenic nuclides in the rocks, which are isotopes produced in meteorites that are transiting the solar system as a result of nuclear reactions with high energy particles in space.

Other mineralogical and isotopic characteristics of the samples further showed that the meteorites were derived from the same volcano, and that they represent at least four eruptions that occurred over the course of 90 million years. 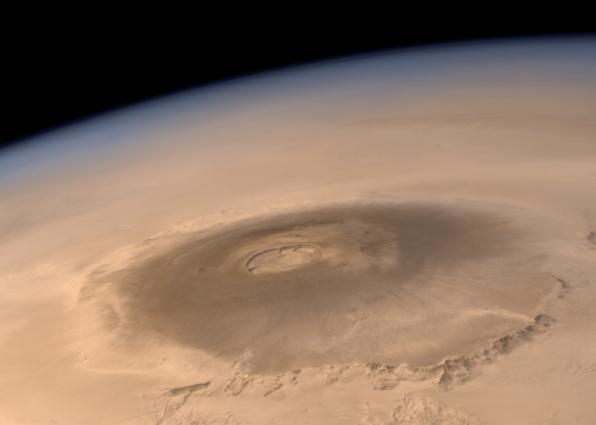 "This is a very long time for a volcano to be active -- much longer than volcanoes on Earth, which are typically active for a few million years -- and still only represents a portion of the history of large volcanoes on Mars, " Cassata said.

The largest Martian volcano is Olympus Mons, which towers 13 miles above the surrounding plains -- more than two and a half times taller than Mount Everest. This extinct volcano is 397 miles wide at its narrowest point, almost the same distance between Los Angeles and San Francisco. Three other Martian volcanoes are more than 6.2 miles high.

The team used recent re-mapping of the Martian surface by NASA to identify the source of the meteorites on Mars and calculated that the volcano grew exceptionally slow -- about 1,000 times more slowly than volcanoes on Earth. It supports evidence that Martian volcanoes date back to 3.5 billion years ago, and that they were much more active in the past.

The new findings are the first detailed analysis of the eruption rates of volcanoes on Mars using Martian meteorites, which were ejected from the planet by massive asteroid impact events, some of which reached Earth as meteorites.

To determine when the rocks originally erupted, the scientists used argon-argon geochronology. This works by measuring the abundance of the isotope argon-40 built-up from the natural decay of potassium-40. It showed that the meteorites formed 1.3 billion to 1.4 billion years ago from at least four eruptions over the course of 90 million years.

"For Martian volcanoes to get so large, the planet must have been far more volcanically active earlier in its history," Cassata said

But plate tectonics also come into play. Mars doesn’t have any active plates, which allows molten rock to erupt through the same parts of the planet’s crust for very long periods.

Other institutions participating in the study include Scottish Universities Environmental Research Centre, University of Glasgow, University of St. Andrews and the Natural History Museum in London.