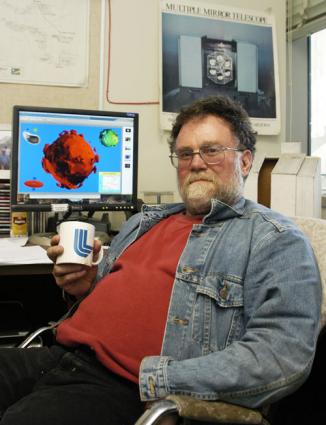 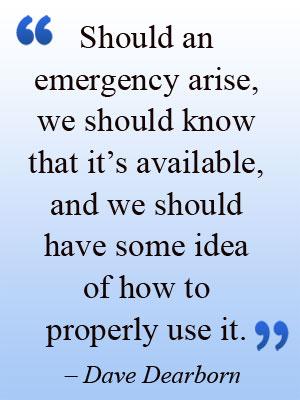 As if there's not enough to worry about — the sinking economy, spiking unemployment and the likely consequences of climate change — add to this a remote possibility of an asteroid or comet with an unusual orbit crashing into the Earth.

For Dearborn, the occurrence is probable though rare since only a few of these bodies present a potential hazard.

Dearborn, whose work at the Lab has included the design and testing of both nuclear and conventional explosives, leads a team that is modeling the impact of a nuclear explosion on an object's trajectory in space.

Dearborn believes that nuclear explosives are the best bet for deflecting unwanted asteroids and  near-Earth objects (NEOs) onto a more harmless path by using what he  terms a  "nudge" or gentle change in the object's orbit. Explosions could modify the direction and speed of a potentially dangerous space object, yet not threaten Earth.  And, it is predicted that radiation from the explosion would not reach Earth but rather would dissipate into space.

What sparks Dearborn's asteroid attraction? For one thing, "there are more out there," he explains. He first became interested in the possibility of using nuclear capabilities to deflect incoming asteroids in 2003, when, because of his background in astronomy and astrophysics, he was asked to work with the Planetary Defense Conference. His publications have been cited by NASA's 2006 Near-Earth Object Survey and Deflection Study for Congress.

You only have to engage in conversation for a few minutes with Dearborn to appreciate his passion for science.  With teacher-like enthusiasm, his talk is quick and focused.  And, you might catch him peeking around the room for a white board or surface on which to illustrate a point.

His teaching approach comes naturally — prior to joining LLNL in 1983, he held an assistant professor position at the University of Arizona.  "I wanted to do research," he states simply as the reason he eventually left academia to come to the Lab.

There is no doubt that Dearborn has become well known within the scientific community and often sought after for his knowledge of Earth-threatening asteroids. Only weeks ago, in early April, he was invited to speak on a panel of experts. The event was organized through the National Academy of Sciences and convened in Washington D.C. to provide updates and answers for Congress on detecting and deflecting asteroids that might hit Earth.

The panel included fellow researchers who discussed various methods, like the "impactor" approach (where a force pushes into or collides with a space object) and a "gravity tractor" (which uses the weak gravitational pull of a nearby spacecraft).

However, Dearborn stands by nuclear deflection as the optimal solution. "It is the only method that works for large bodies (1,000 meters), or if the discovery time is late enough that a small speed change is not enough," he said.

There are other advantages to a nuclear application:  it reduces the risk of break-up, and nuclear materials can pack more energy for a lighter weight. Furthermore, the technology is already established. "Should an emergency arise, we should know that it's available, and we should have some idea of how to properly use it," Dearborn said.

Dearborn's future research involves simulating the effect of nudging an asteroid with a smaller nuclear explosion — less than 1 kiloton delivered 1 meter below its surface. This would reduce the nuclear device's weight, making it easier and quicker to launch.

This year, LLNL's popular "Science on Saturday" lecture series allowed Dearborn a platform to deliver his analysis to the community.  In February, alongside Granada High School teacher Tom Shefler, he presented the lecture, "Avoiding Armageddon: Diverting Asteroids with Nuclear Explosives." The talk drew more than 1,000 local residents, science aficionados and students to Livermore's Bankhead Theater for not one, but three, sessions scheduled to accommodate a large, interested crowd.