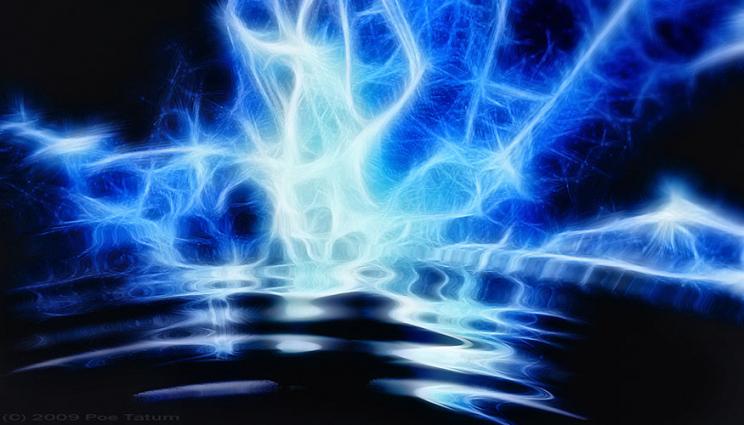 Lawrence Livermore scientists and collaborators have used an X-ray Free Electron Laser (XFEL) to demonstrate the transition of water from liquid to warm dense matter.

A warm look at water's structure

But Lawrence Livermore National Laboratory (LLNL) scientists and collaborators have figured out a way using an X-ray Free Electron Laser (XFEL) to heat water to temperatures above 100,000 K (179,540 degrees Fahrenheit) and pressures above 1Mbar (1 million times Earth’s atmospheric pressure), where the liquid transitions into warm dense matter. The research appears online in the May 14 edition of the Proceedings of the National Academy of Sciences.

Understanding the dynamics of warm dense matter not only benefits imaging in structural biology, it gives insight into a regime relevant for other fields of science, such as physics of inertial confinement fusion, planetary cores and shockwaves in dense material.

The experiment allowed researchers to probe water during the transition on a femtosecond time scale. Water is present in biological samples and is the main solvent used in structural determination experiments (where it is used to deliver biological samples in the interaction region). With comparable density and ionization pathways, water also serves as a good model for studying radiation damage in biological matter. The transition into a warm dense matter state could have an impact on structural determination.

The experiments coincided with simulations based on molecular dynamics and plasma dynamics of a water system that is rapidly ionized and gets out of equilibrium. "This exotic ionic and disordered state of liquid density is structurally different from heating water the traditional way," said Stefan Hau-Riege, LLNL physicist and co-author of the paper.

XFELs have opened the door to a new era in structural biology, enabling imaging of biomolecules and dynamics that were impossible to access with conventional methods. A majority of imaging experiments, including Serial Femtosecond Crystallography, use a liquid jet to deliver the sample into the interaction region.

"It is important to consider the induced disorder in water during an intense X-ray pulse, in particular for experiments dedicated to single particle imaging or scattering in solution," Hau-Riege said.

Other institutions include the Center for Free-Electron Laser Science, Deutsches Elektronen-Synchrotron, Uppsala University, SLAC National Acceleratory Laboratory, DESY and the University of Hamburg.