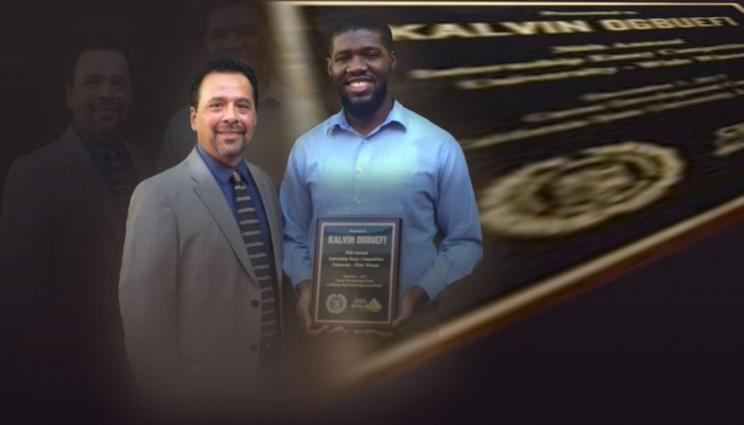 As a research intern, Ogbuefi was part of the Lab’s Machine Learning Group, where he focused on creating a predictive model for patients dealing with sepsis. During the summer program, Ogbuefi learned from Lab mentors and participated in weekly seminars and activities in data science. The experience, Ogbuefi wrote, helped him dramatically increase his programming skills and allowed him to implement the knowledge in statistics and probability modeling he learned in his college courses.

"Before starting this internship, I was never aware of sepsis and its devastating impacts. My specific role was to generate the patient data for our research team to use to infer the parameters for our model," Ogbuefi wrote in his essay. "As I worked on the project, it later became evident to me the significance of our research and the impact it can have in saving millions of lives of sepsis patients. It was extraordinarily amazing to see what I was able to accomplish within the 12 weeks I was at the Lab."

Ogbuefi’s poster about his work was featured as one of 18 finalists at the 2017 LLNL Summer Student Poster Symposium, and a paper he co-authored was accepted to the Machine Learning for Healthcare conference, which he attended in Boston. Ogbuefi said his LLNL internship encouraged him to pursue his Ph.D in computer science/electrical engineering and become a research scientist in artificial intelligence.

The 12-week DSSI program is open to undergraduate and graduate science and engineering students with backgrounds in machine learning, applied mathematics, computer science or statistics. It includes LLNL mentors in areas such as deep learning, big data analysis and neural networks.